Two Nigerian girls trafficked to Saudi Arabia to work as housemaids, have been killed by their respective employers, according to a report by Satellitetimesng. .
.
The killings of the two young women occurred within a space of two weeks. The first was by name Omotayo, who until her death in June 2018 worked as a migrant domestic worker in Riyadh. .
.
She sent her photo to her friends in a group chat called “Strong Nigerian Ladies” – a solidarity group created by Nigerian migrant domestic workers in Saudi Arabia. .
.
The group is a resort to self-help because the Nigerian Embassy in Riyadh has never for once responded to any of the SOS (Save Our Souls) telephone calls nor text messages sent by Nigerians in distress in the Gulf country. .
.
Omotayo, in her June post which happened to be her last, narrated to the solidarity group her latest incident of battery in the hands of the Saudi family she worked for. .
.
Her boss and the entire family had descended on her for being disrespectful to them. The maid’s only offence was that she insisted her three-month salary arrears be paid to her. .
.
She had put her foot down saying she would no longer accept excuses for the non-payment of her salaries just as she said she was tired of eating leftover food. Her action was seen as an affront. .
.
No one can say with certainty what happened afterwards. A few days later she was dead. It is believed she must had been subjected to more beatings and torture. .
.
While the solidarity group was mourning the death of Omotayo, another Nigerian maid, Shola, was sent to early grave. Her story was told by one Adeola Oladipo, another housemaid in the group.
.
.
She said Shola was also constantly assaulted and starved by her sponsor in Saudi Arabia. She collapsed during a recent assault and was rushed to a hospital where she died.
📷 news 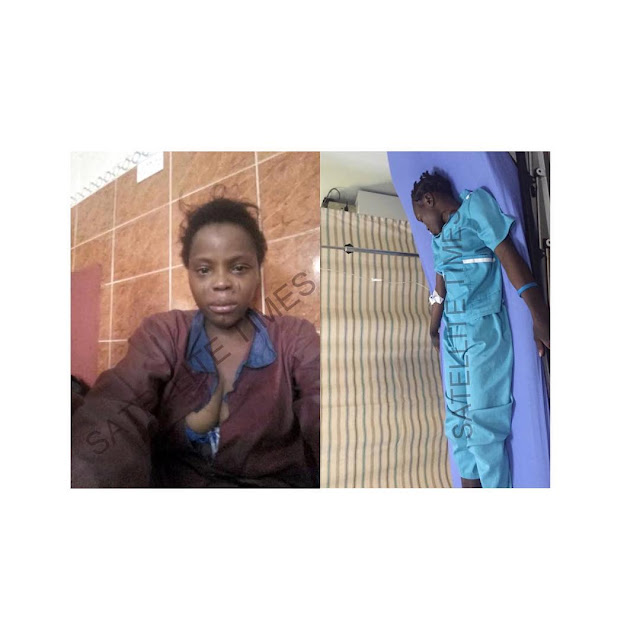 Check this:  UNIMAID student burnt to death by Boko Haram