For allegedly engaging in homosexual activities, the Sokoto State police command has paraded one Bilyaminu Yahaya, alongside Jubril Zulkifi and Ahmed Sheu Adil in the state.

The trio were among 16 suspected miscreants paraded by the police for various criminal offenses.

According to the state’s police public relations officer, DSP Cordelia Nwawe, the paraded suspects met their waterloo after a long time of being on the radar of the police. 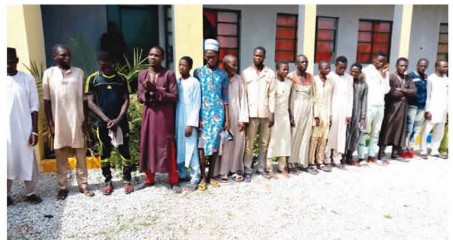