Akure—THE vital organs of a 70-year-old petty trader, Madam Medinat Ala, like her breasts, womb and vagina, were reportedly removed by ritualists, who hit another septuagenarian, Awawu Abdukarim, with a pestle, in Okeegbe area of Ikare, Ondo State.

The septuagenarian, Awawu Abdukarim, who said she heard a strange voice the night the 70-year-old woman was murdered, has also been reported dead.

Consequently, the deceased’s tenant, Moses Olaniyi, has been arrested by police detectives as the prime suspect.

The deceased was said have been clubbed to death with pestle by her assailants.

Vanguard learned that the victim sold household needs in front of her family house.

Two similar ritual killings according to sources had occurred around the same axis in Ikare town.

Her neighbours it was gathered reported the killing to the police after her corpse was discovered and that of the other unconscious neighbour.

The corpses had been deposited at the state specialist hospital mortuary in Ikare Akoko.

Meanwhile, the youths in the community have protested against incessant ritual killings in their community

Their leaders Akintoye Sunday Olona and Barrister Adeyemi Bayegun said: “The entire Okeegbe Ikare community is in sorrowful mood over this phenomenon which is strange to us.”

They promised to get to the root of the incident, as series of meetings were going on to unravel the mystery.

The Divisional Police Officer for Ikare Akoko, Abayomi Fidelis, who confirmed the killings, said her vital organs were removed by her killers.

Abayomi, who led Police detectives to the scene of the incident, said that the doors to her house were not broken before the dastardly act was carried out.

Joseph said that the deceased’s son Abiodun Ala lodged a complaint at the police station in lkare that her mother’s neighbours said they saw her corpse in the morning after she was murdered.

He added that investigation was ongoing to unravel those behind the killing.📷 vanguard 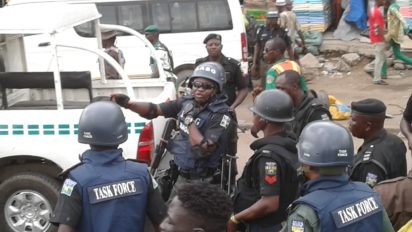 Check this:  Female soldier who was proposed to by corps member reportedly arrested by the Army (Audio)