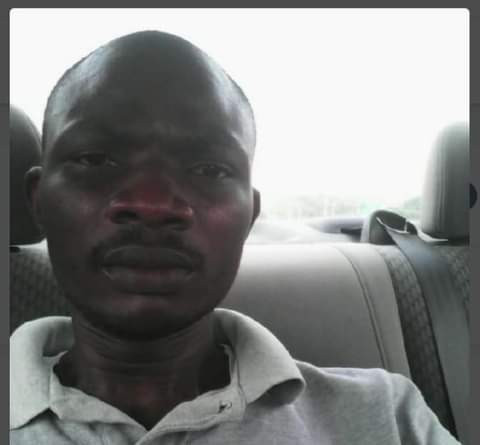 A 35-year-old man popularly known as Jaja, has been electrocuted while dismantling Christmas light decorations in Asaba, the Delta State capital.

It was gathered that the incident happened along Nnebisi Road on Monday, January 18.

The victim, a staff of Abba Solar & Digital  Tech Ltd, was said to have been engaged by a contractor to the Asaba Capital Territory Development Agency on beautification, to dismantle the decorations.

The deceased’s colleague, who confirmed the incident said that Jaja was disconnecting the decorations when one of the wires on the street light poles suddenly snapped, touched the ladder he was standing on and electrocuted him. He died on the spot. 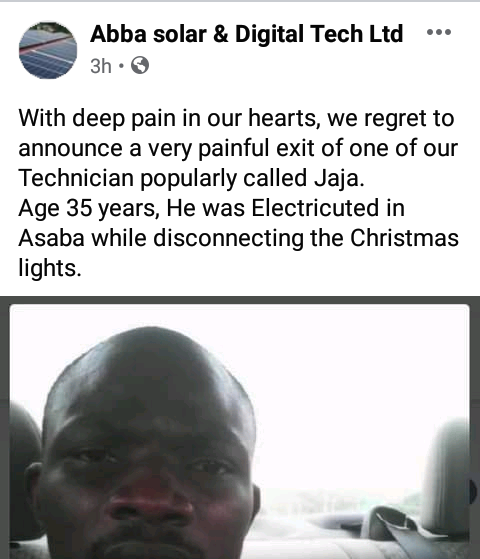 Previous articlePhotos: Lady shows off her before and after look three years after surviving gas explosion while baking.
Next articlePhotos: Mother and child allegedly killed in an accident by police vehicle chasing suspected internet fraudsters in Warri