The Bayelsa State Police Command has arrested two armed robbery suspects, Henry Kingsley and Moses Roland, operating with a tricycle and recovered arms and ammunition from them in Yenagoa.

The command’s spokesman, Asinim Butswat, said that the suspects were arrested on Christmas Eve, close to UBA main office, while waiting to rob unsuspecting members of the public after withdrawals.

One of the suspects won N4m from sport betting, three weeks before being arrested for robbery. 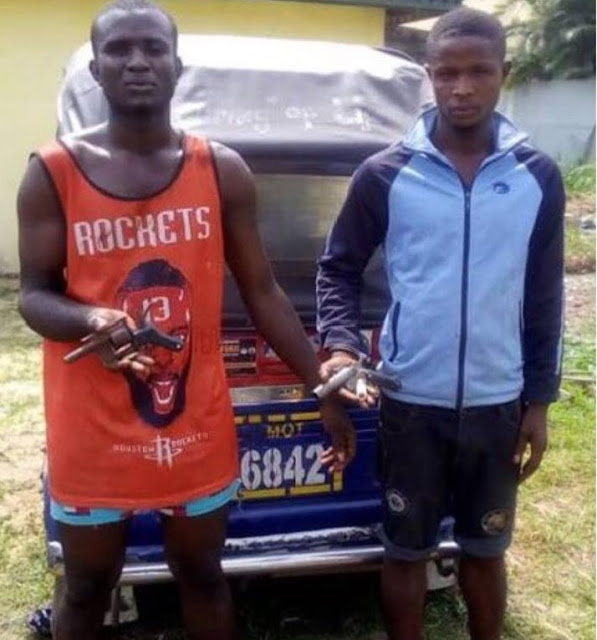 Check this:  156 new cases of Coronavirus recorded in Nigeria