Armed forces day: Femi Adesina explains why the Pigeons refused to fly after they were released by President Buhari 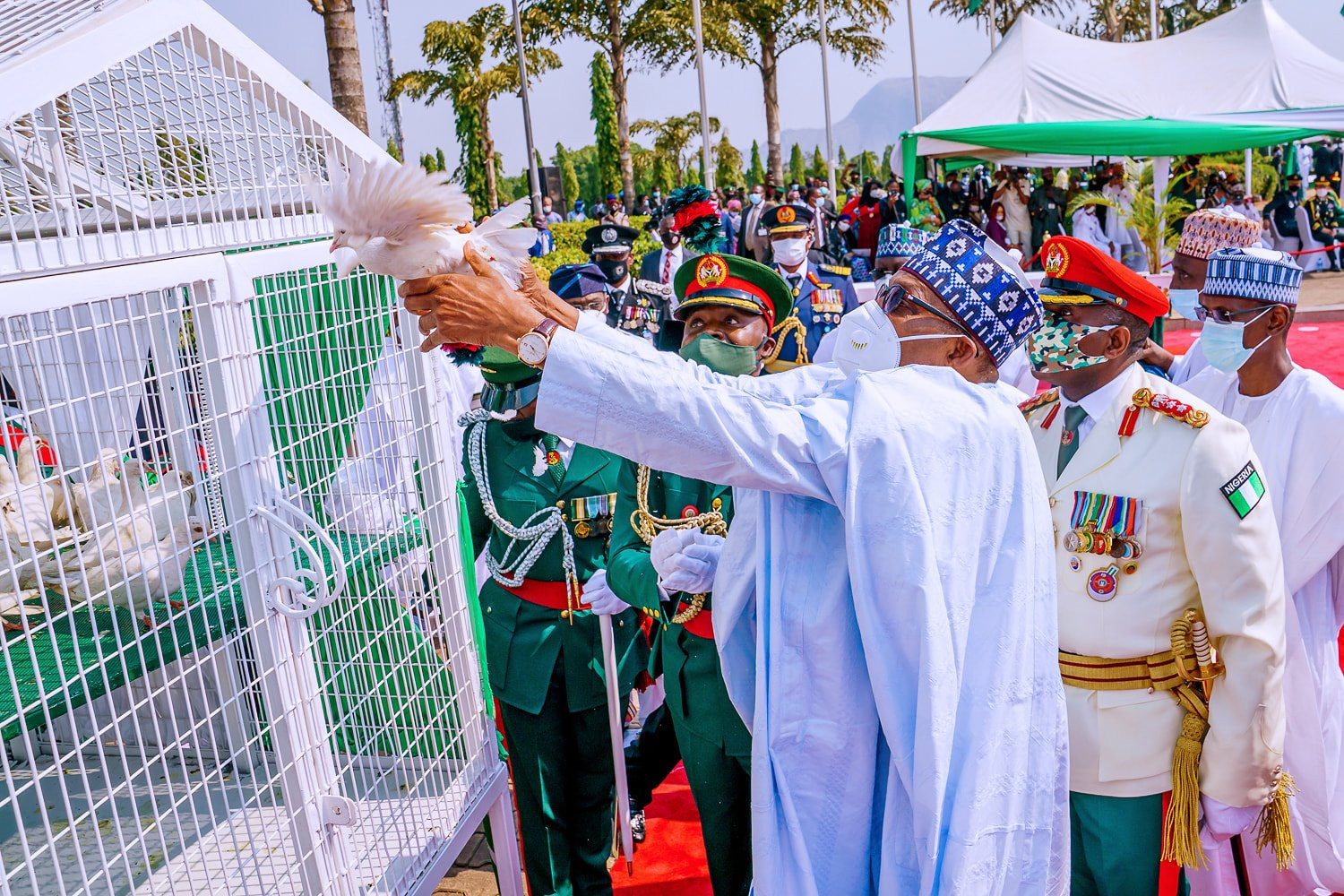 Femi Adesina, the Special Adviser to President Buhari on Media and Publicity, has given an explanation to why the white pigeons’ President Buhari released during the Armed Forces Remembrance Day celebration in Abuja last week failed to fly.

In an article titled ‘Reflection from a wreath-laying ceremony,’ Adesina described the pigeons’ refusal to fly as “a natural phenomenon”. His article in part reads;

“Now, something for those who twist my every word, turn it upside down, to generate hatred. Something for them to wail about. The release of the pigeons.

At every Armed Forces Remembrance Day, after the laying of the wreaths, the sitting President releases some pigeons, to symbolise peace in the land. Emblems of National harmony. It was not different last Friday.

The pigeons had been kept in a cage. For how long, I do not know. And when birds and some other roaming animals have been circumscribed for a while, they get accustomed to their new status as lawful captives. Therefore, when you offer them freedom, they first baulk, thinking it’s too good to be true. It’s a natural phenomenon.

President Buhari opened the cage that held the pigeons, about a score or so. One hesitated, then flew, followed by another. The others temporised a bit. And then, two, three minutes later, they all took to the sky. Nothing extraordinary in the development, you would think.”