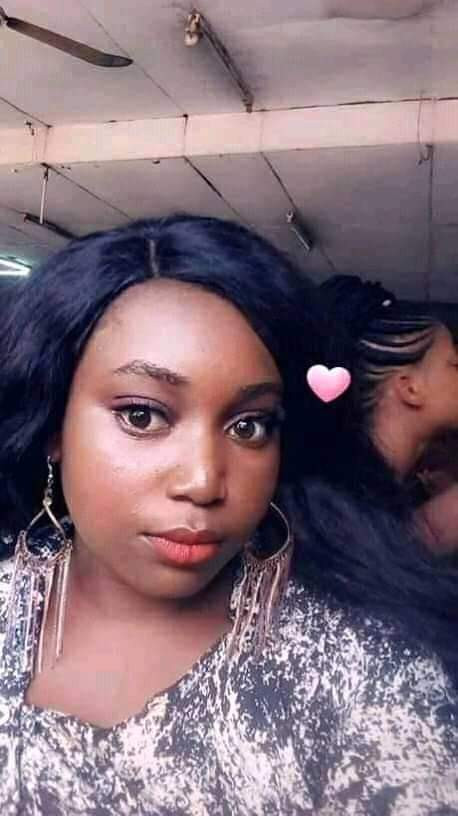 A Point of Sale (POS) operator identified as Ezinne Grace Iroh, has died after she was shot by armed robbers in Aba, Abia state.

The incident happened at Ukaegbu Road, in Ogbor Hill area of Aba on Friday, January 29, 2021. She was rushed to the hospital where she died on Saturday evening, January 30. 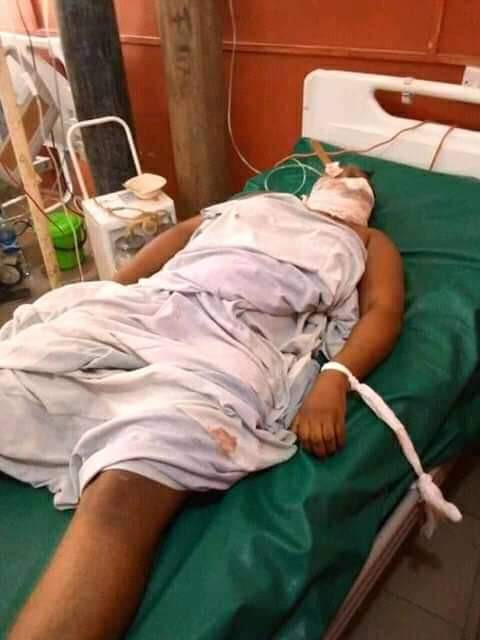 The robbers finally overpowered the young woman, collected the bag, PoS machine and fled, leaving her in a pool of blood.

When the gunmen escaped, sympathizers rushed Ezinne to a nearby hospital where she passed away.

It was further learnt that the latest incident happened a week after another PoS operator was shot dead by armed robbers along Market Road, Aba. 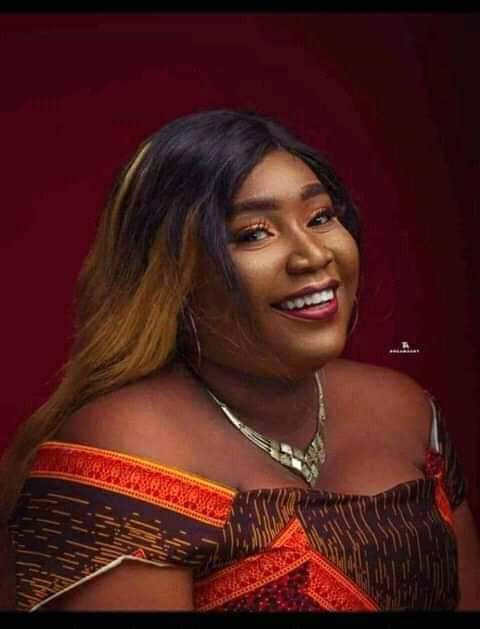 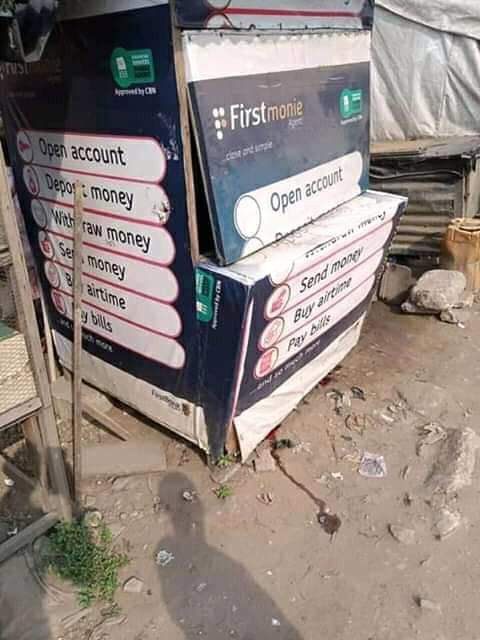 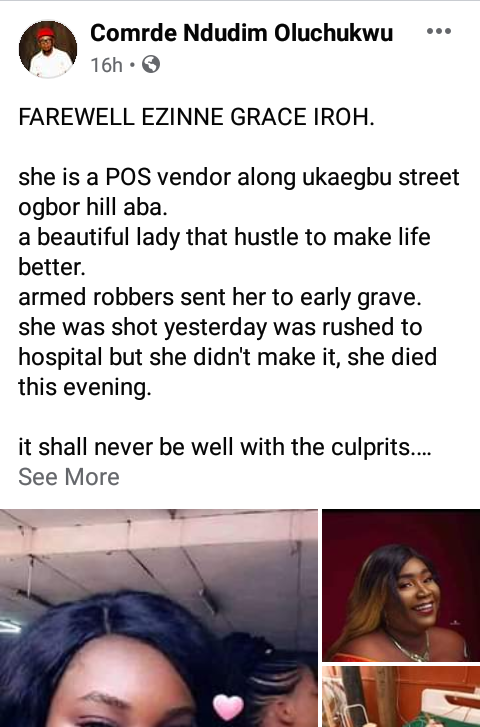 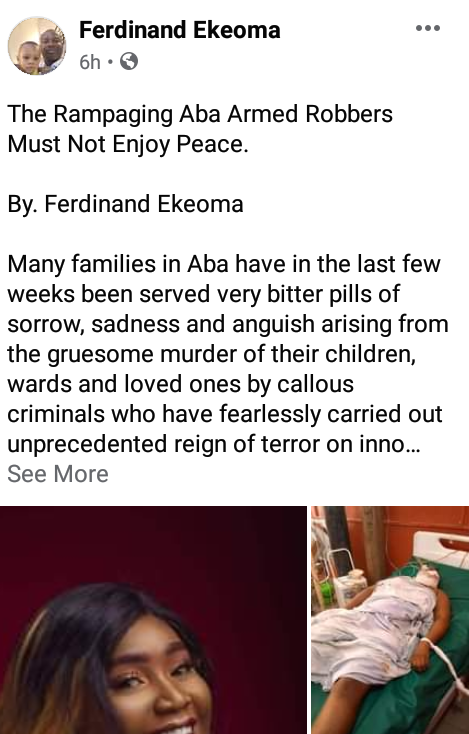