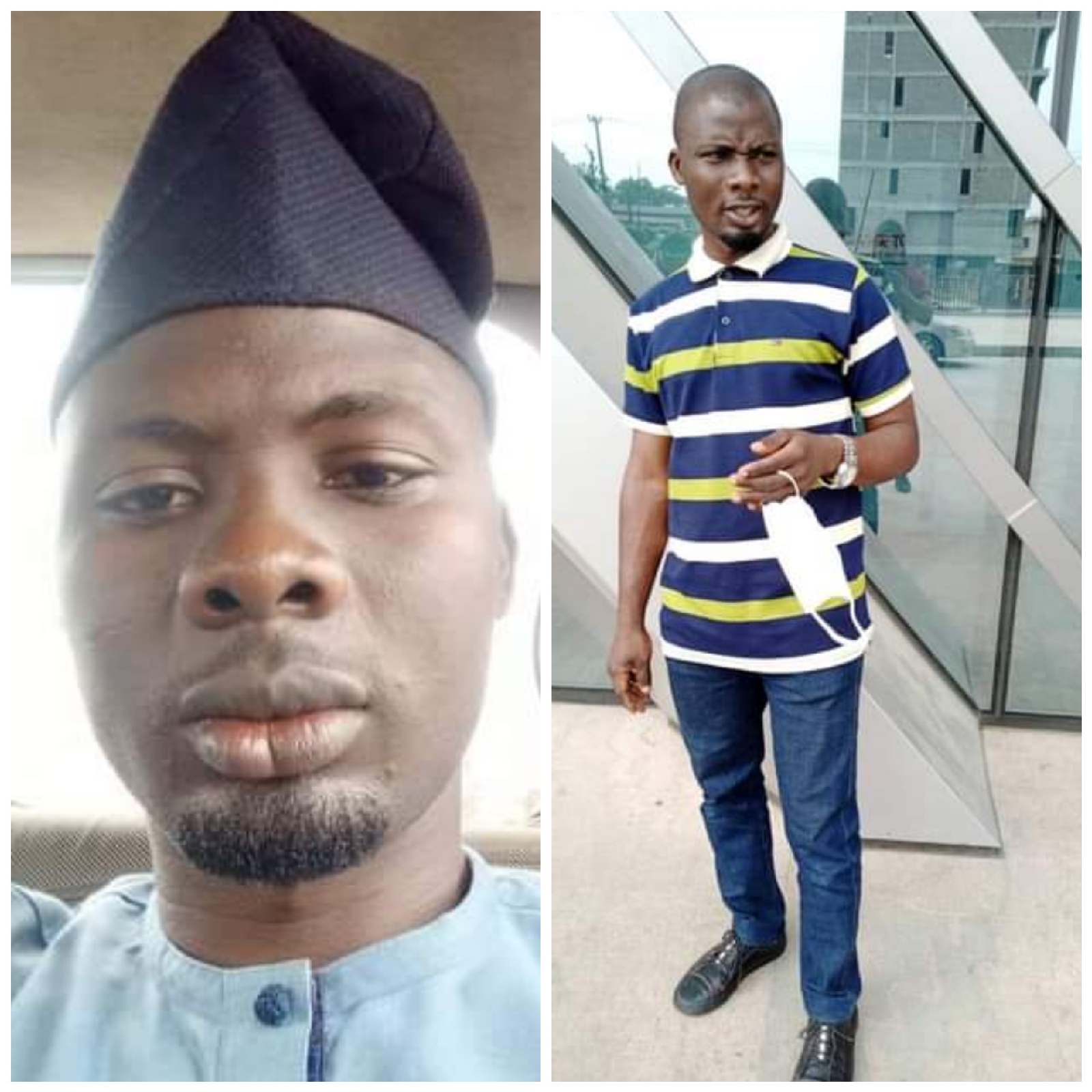 Armed robbers have killed a point-of-sale operator identified as Saheed Lawal Dunmoye, in Ibadan, Oyo State.
Lawal was shot dead in his residence at Elelubo zone, Bako community, Apata, along the Ibadan-Abeokuta Expressway on Saturday, January 8., 2022.
According to Punch ,the deceased was said to have just returned from a mosque where he went to pray around 7pm.
A source said the gang knocked on the door and opened fire on their victim immediately he opened the door.
They demanded money and the deceased’s wife did not even know they had shot dead her husband. She gave them the money and they escaped on a motorcycle,” the source added.
Residents said the incident was reported at the Omi-Adio Police Station around 9pm the same day.
They, however, alleged that the police were not doing anything to protect the lives and property of those living in the area. 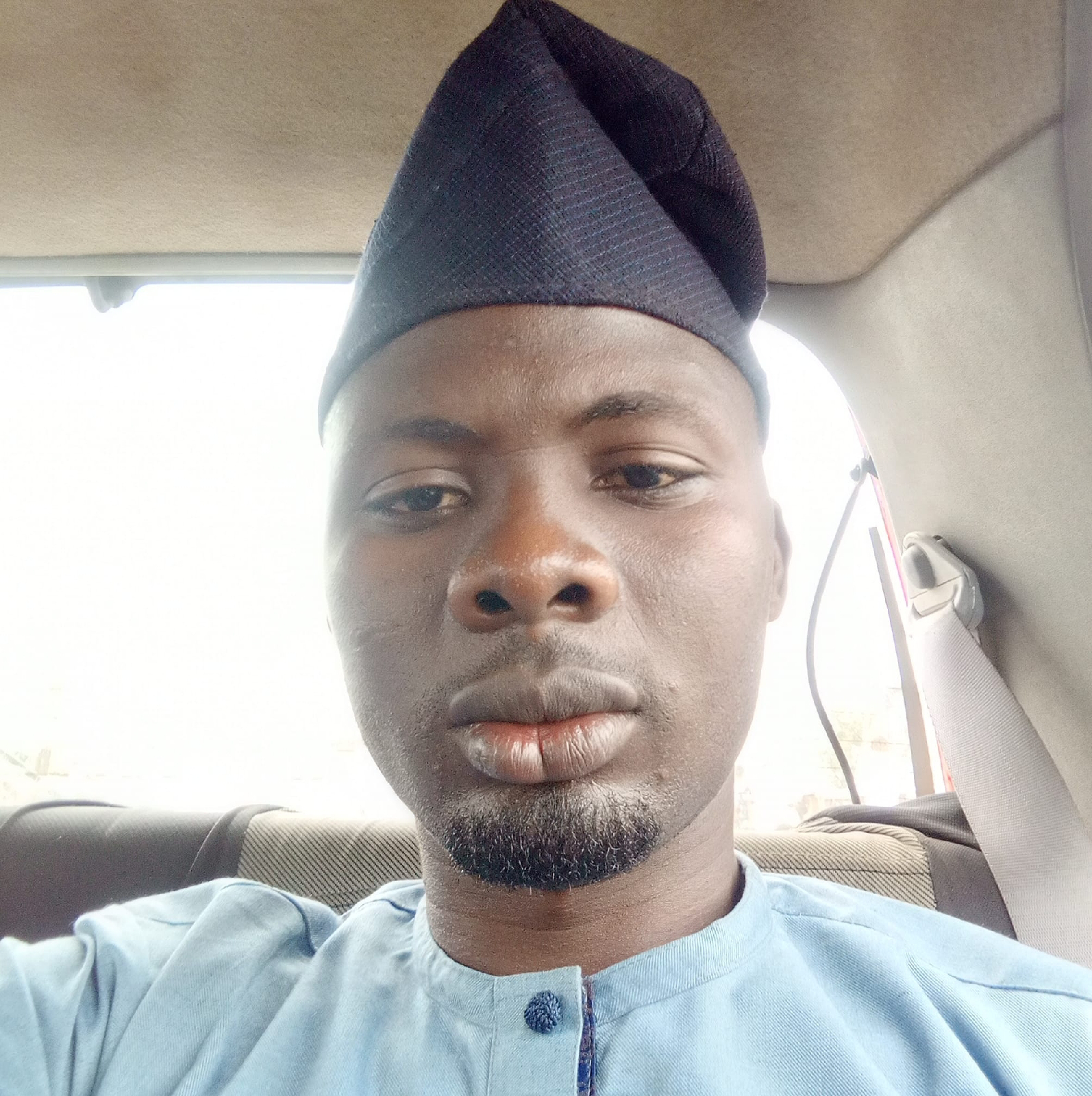 Meanwhile friends have taken to Facebook to mourn the deceased. See posts below… 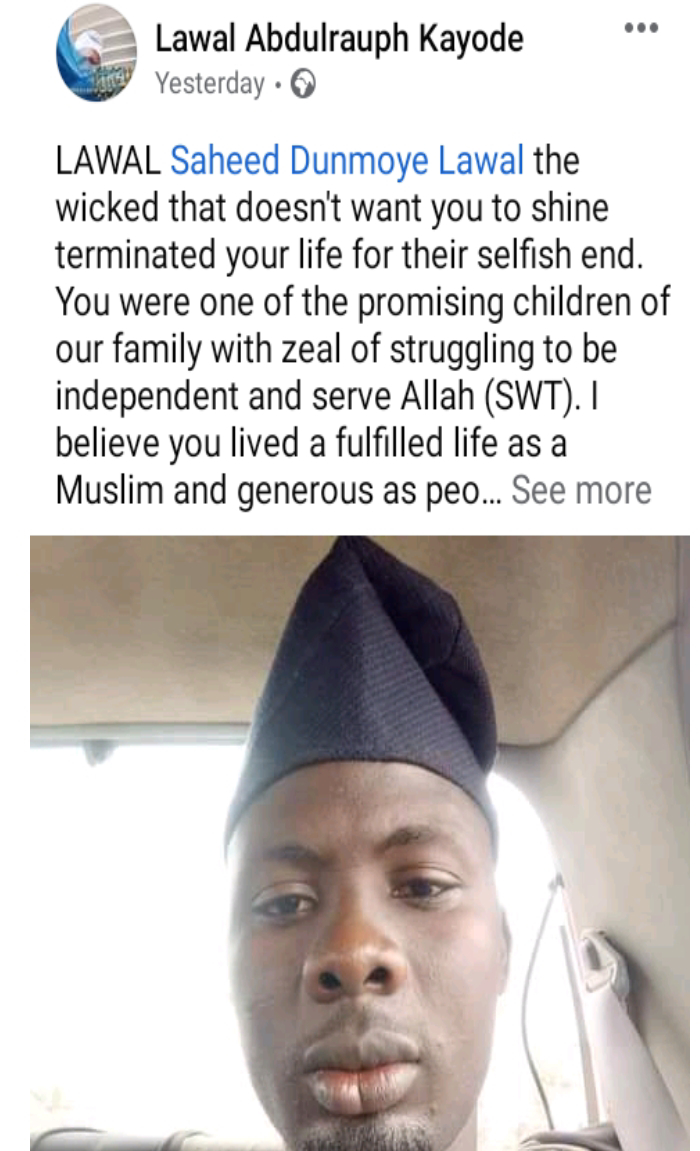 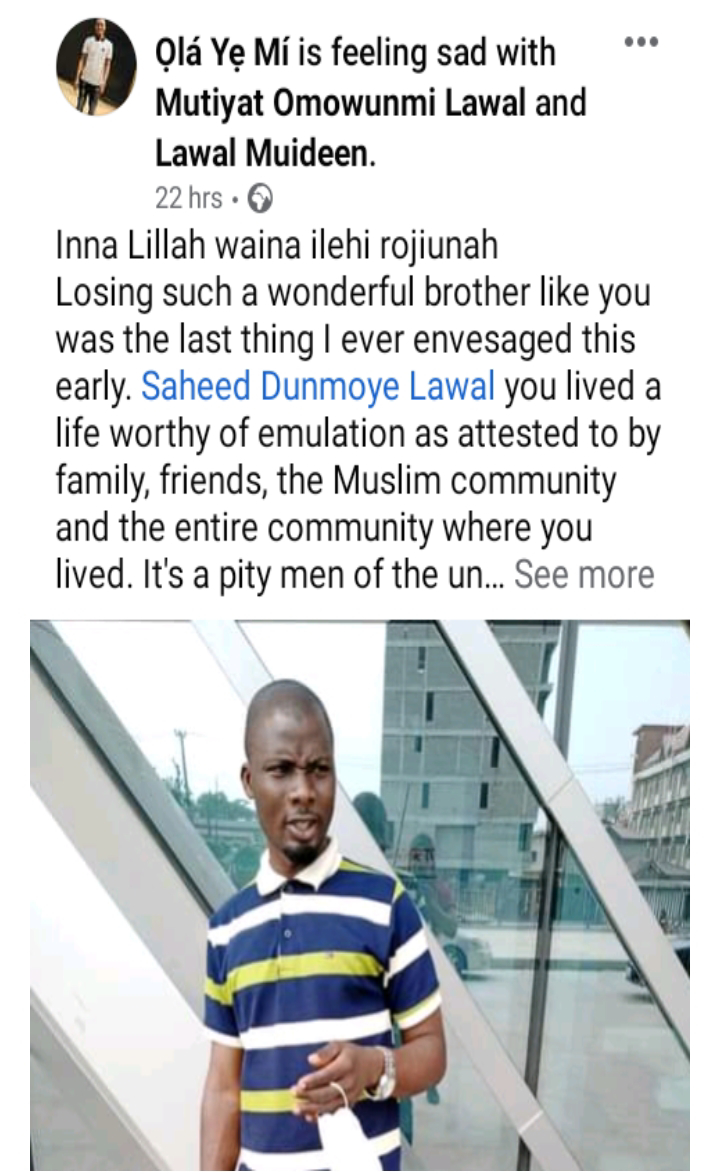 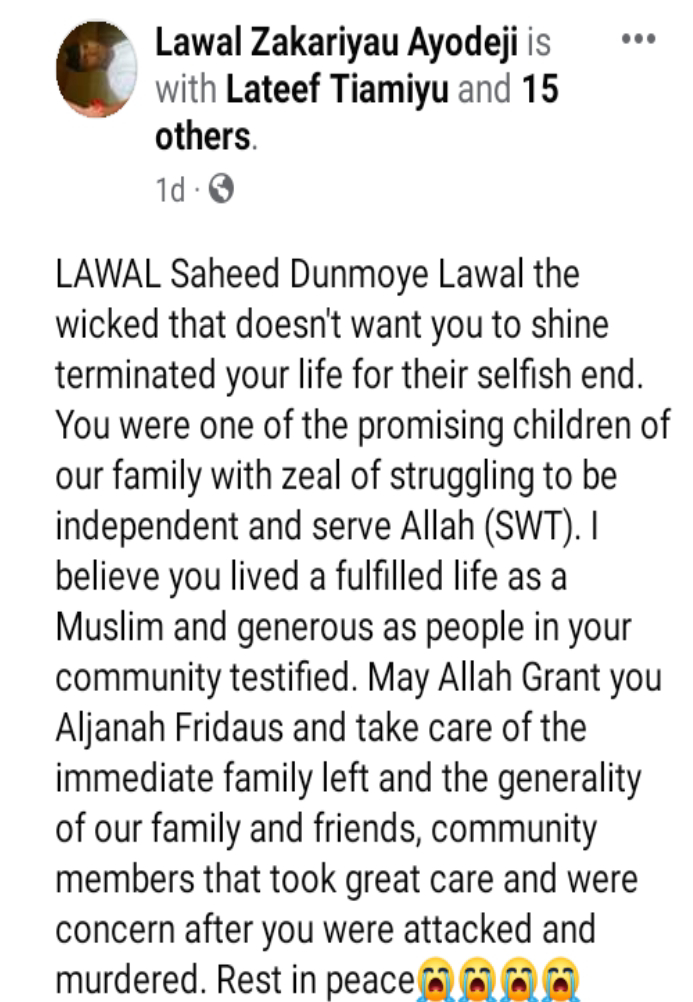 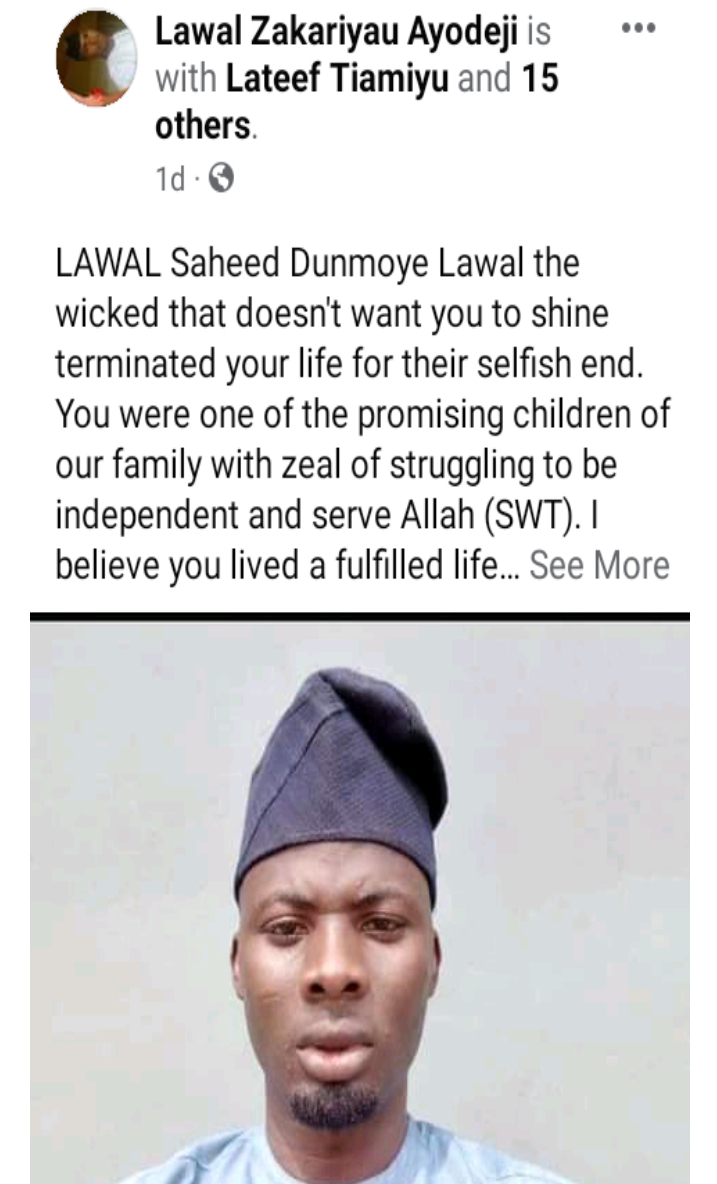 Previous articleCross-dresser James Brown turns up for birthday party with “traditionalists” (video)
Next articleBeg Wizkid for me, I wouldn’t be on the streets If he gave me N10m – Ahmed cries out [Video]