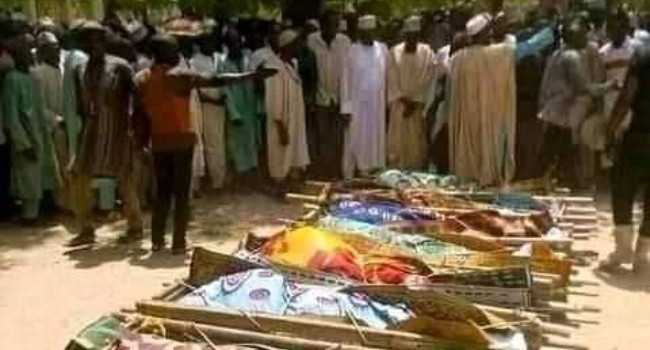 Over 35 people were killed on Thursday morning following attacks launched by bandits in five communities of Faru district in Maradun Local Government Area of Zamfara State.

Spokesperson of the state Police Command, Mohammed Shehu who confirmed the number of people killed in the attack, said police officers failed to reach the affected communities on time when they were informed of the invasion due to the poor road network.

Punch reported that he also maintained that the “police are currently working tirelessly” to bring the assailants to justice.

“The police personnel tried their best to reach the affected communities on receiving the information that the bandits were there but unfortunately they could not reach the places because of the bad roads.”

A source from the area, Malam Buba Faru, who spoke to the publication, said the bandits who were riding over 100 motorcycles, stormed the communities around 11 am on Thursday morning shooting indiscriminately and leaving a wake of destruction in their path.

The eyewitness said the number of casualties was more than the official figure put forth by the police.

“They were shooting sporadically at people they came across in the five communities. They also attacked farmers who were in their farmlands cultivating their crops.

“So far, 42 dead bodies have been recovered by the security and volunteer groups in the area.”

The corpses were taken to Faru town where they were buried.