Destiny Azubuike, a 5-year-old boy abducted on December 19, 2016, from his parents’ residence at 20B Afam Rd, Oyigbo, in Rivers state, has been found in Ebonyi State.

Destiny, now named Samuel, was abducted by their neighbor, Evelyn, and sold for N500,000 to a widow, Patricia Chukwu, who is a staff of the Ebonyi State Secondary School Management Board.

Evelyn was arrested, following a tip-off by someone who saw an anti child-kidnapping campaign on Facebook. Investigation also revealed that she once sold her own son and she is the prime suspect in many child kidnapping incidents.

She later led the police to Mrs Chukwu’s house, where Destiny was retrieved and reunited with his dad. All suspects are now in police custody at Oyigbo in Rivers state. 📷: Wired.ng 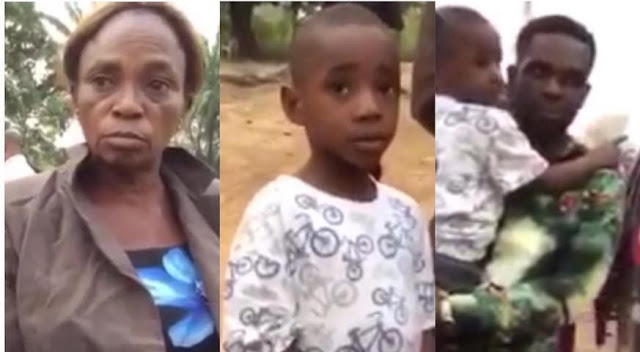 Check this:  Graphics: Driver runs off after allegedly crushing one of his passengers