Zinedine Zidane has surprised the football world after making known he will be resigning as Real Madrid manager after two years and a half in charge of the Spanish club.
On Thursday afternoon The Frenchman of 45-year-old made the surprised announcement after he called for a press conference to confirm that he’s walking away despite assisting the club to a hat-trick of Champions League titles on Saturday
The Champions League winning coach of three-time who played as a midfielder for five years for Spanish club, is understood to be under contract with Real Madrid until 2020.
Zidane’s honours at Real Madrid includes La Liga: 2016-17, Supercopa de Espana: 2017, UEFA Champions League (3): 2015-16, 2016-17, 2017-18, UEFA Super Cup (2): 2016, 2017 and FIFA Club World Cup (2): 2016, 2017. 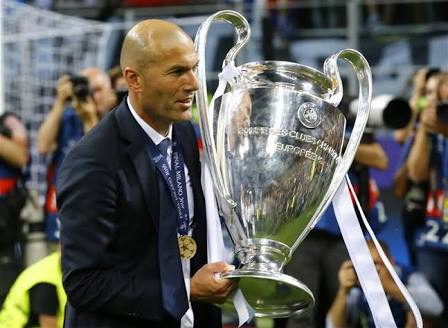