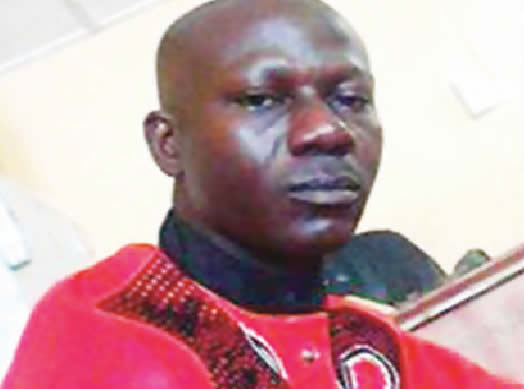 A car dealer has reportedly gone missing on his way to the Immigration office in Abeokuta, putting all his family and friends in fear.

According to a report by Punch Metro, the family of Sodiq Bakare, who went missing while on his way to the immigration office in Abeokuta, Ogun State, has called on the police to intensify efforts to find him.

Punch Metro reports that Sodiq had left his house at the Gbenga Daniel Estate in Ota for Abeokuta around 6.30am on Monday, February 25, 2019, but ever since, his whereabouts have remained unknown.

Sodiq’s wife, Abiola, said the last time she saw her husband was when she escorted him to the Oju-Ore bus stop when he was going to Abeokuta, adding that efforts by the family to locate him had proved abortive.

The 44-year-old said, “He came home around 8.30pm on Sunday; after eating, he told me that he would be going to Abeokuta the following day.

“Because he was not travelling in his car, I had to escort him to the Oju-Ore bus stop around 6.30am. When we got there, he used the ATM to withdraw some cash and told me that he would call me on reaching his destination; so, I went back home.

“When I did not hear from him around 9.30am, I became apprehensive and I called him. He said he was still at Sango and that his phone will soon have a flat battery and that he would call me on getting to Abeokuta.

“That was the last time I heard from him, and we have been trying to find him since then. We want the police to assist us to search for him, because I am worried as I am left alone with three children.”

The manager of Sodiq’s company, MS Bakare & Sons Ventures, Kehinde Taiwo, said before Sodiq went missing, he had scheduled a meeting with him for Monday, adding that when he got to the office, the boss was nowhere to be found.

Taiwo stated, “I still saw him in the office on Tuesday before I travelled to Abeokuta and when I got back from Abeokuta, he called me for a meeting at his house on Sunday, February 24, 2019. But when I got there, his wife told me he was at his brother’s place and I went to meet him there.

“We could not hold the meeting that day, so we concluded that we would see in the office the following day (Monday). When I got to the office on Monday morning, he had not arrived and after waiting for hours, I called his telephone line but his number did not connect. Since, then, we have been trying to find him.”

Sodiq’s younger brother, Farouq, said there was no record that his brother got to the immigration office in Abeokuta.

Check this:  When to hire a motor vehicle accident lawyer

“After five days of frantic search, I decided to visit the immigration office in Abeokuta and when I got there, what I gathered was that there was no record that he got to the office,” Farouq said.

A close relative, who did not want his name mentioned, said the family had reported Sodiq’s sudden disappearance at the Sango Police Station.

He said, “It is really surprising that he could leave his house for Abeokuta and just disappear like that. I have reported the case at the Sango Police Station and I believe that with the police involved, the efforts of the family and his friends to locate him will yield the desired result.

“We have gone to the office of the Federal Road Safety Commission in Ogun State and we were told that there was no major accident on the day he departed for Abeokuta.”

When contacted, the Ogun State Police Public Relations Officer, Abimbola Oyeyemi, said the command had commenced investigation into the matter, adding that a signal had been sent to all the stations in a bid to locate Sodiq.

“It is true that the man went missing and a signal has been sent to the headquarters and all the stations. A radio message has also been sent; we are still investigating and on the lookout for the man,”  Oyeyemi said.