There was confusion, today, in Akure, Ondo state when operatives of the Nigeria Security and Civil Defence Corps, NSCDC, allegedly killed two siblings. .

Trouble started on Tuesday when patrol vehicle of the NSCDC allegedly knocked down an Okada rider in Akure, which led to a protest by the deceased family members and motorcyclist colleagues till Wednesday evening. .

It was in the process of the protest that a sister to the late Okada rider was allegedly shot dead at Oja-Oba area of the metropolis, which sparked violent protest that led to burning of tyres.

The protesting women and commercial motorcyclists also hijacked one of the taskforce vehicles that they used to carry the two corpses to the governor’s office at Alagbaka-Akure. .

Confirming the incident, the Public relations officer of the NSCDC, Oladipo Samuel, said the Civil defence officer that killed the Okada rider, on Tuesday, was from FCT command. 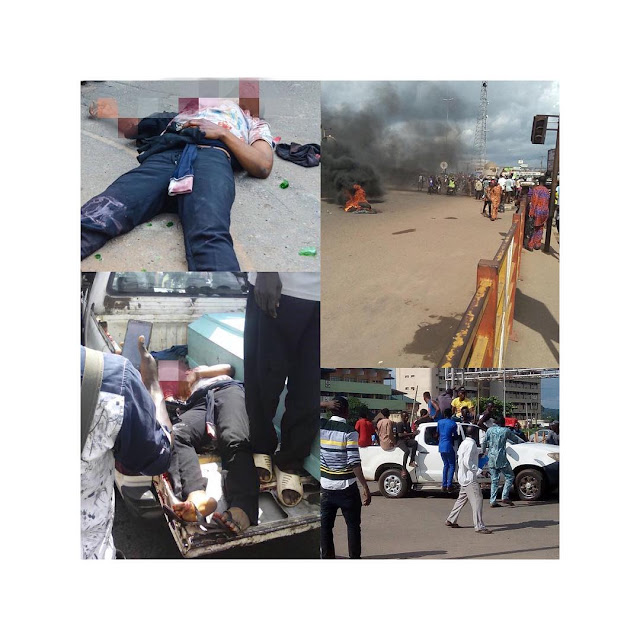