Nigerian popular music star, David Adeleke aka Davido has stirred reactions after reportedly taking delivery of his much-anticipated 2021 Rolls Royce Cullinan.
Recall that the music star had bought the car from an automobile dealership in the United States, and was facing shipping challenges to Nigeria.
Critics had claimed that the singer didn’t have money to ship the car home following his request for donations on social media .
Unfortunately for naysayers, Bobo Ajudua, Davido’s lawyer broke the good news on his Instastory channel on Thursday, with a photo showing the luxury ride parked alongside some cars at the singer’s home in Lagos.
The car which was purchased by the singer way back in May 2021, cost over N200 million, reports say.
Reactions Trail
Michaeffl said, “December go hot 🔥.”
king_jozef said: “Where those people weh been dey say Baba dey beg for money to clear him rolls Royce.
Robbylaw_ said: “OBO ways. Without touching any of the 200 million contributed. Abeg where those OBO fans. Gather here.”2021 Rolls Royce Cullman Arrives Lagos 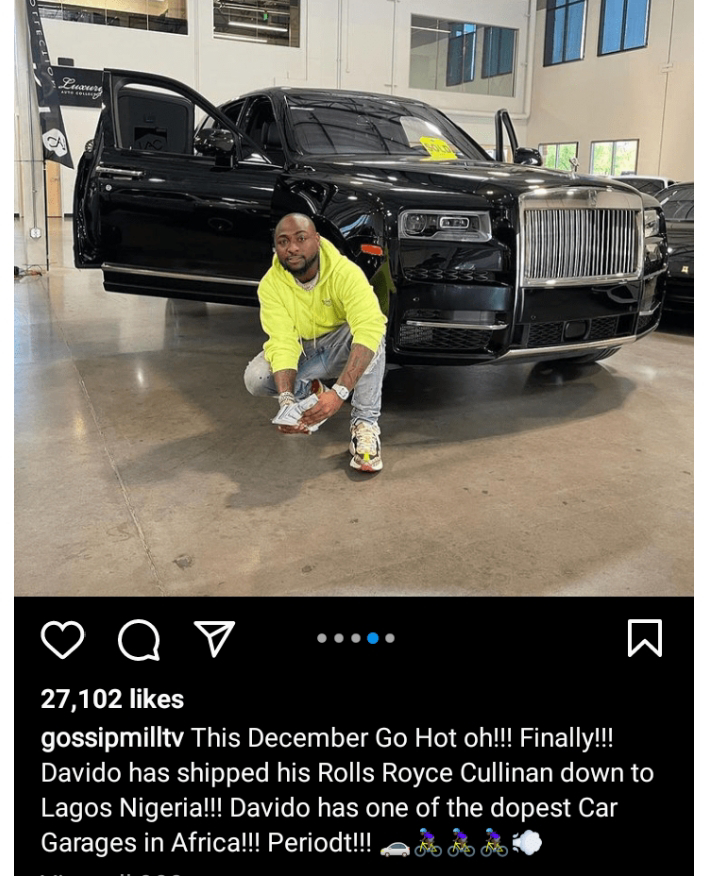 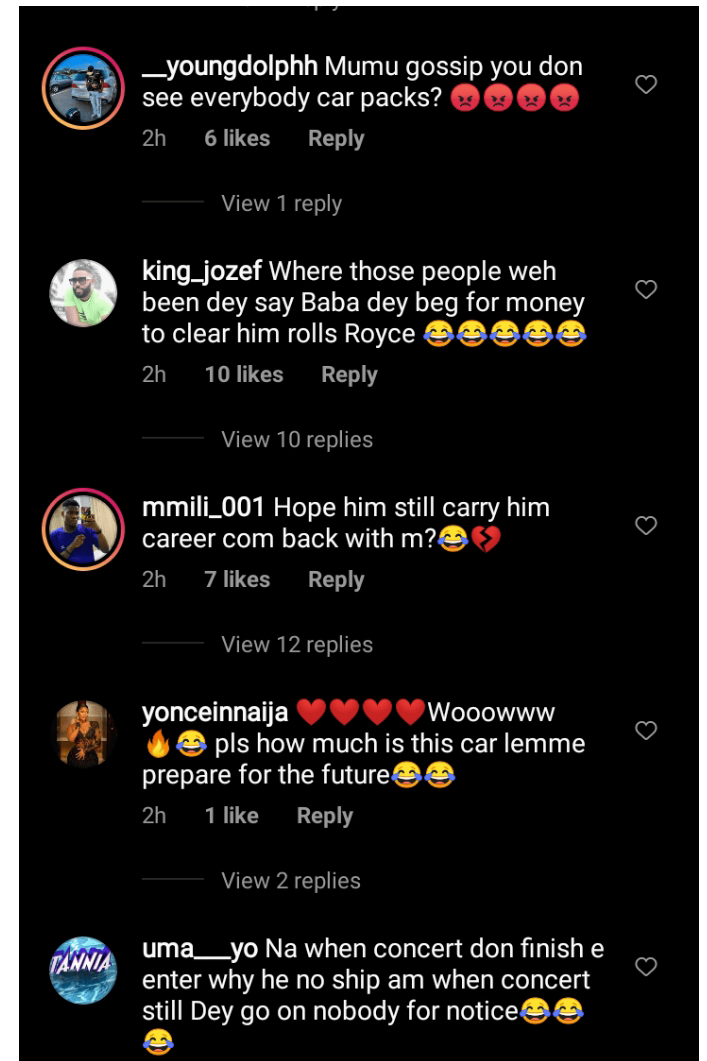 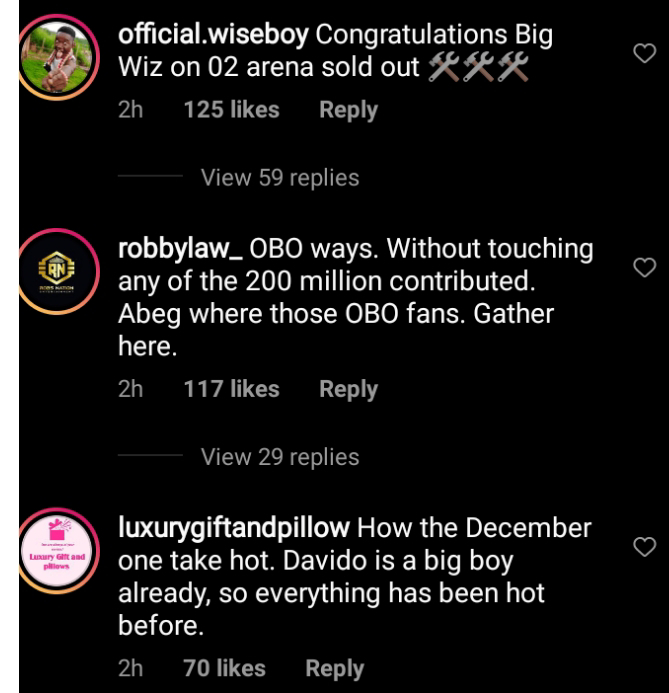