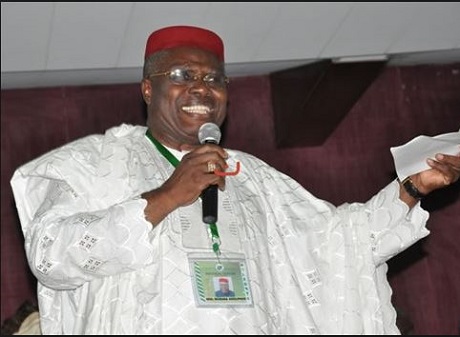 A high court in Abuja has discharged and acquitted Adolphus Wabara, former senate president, and two others of allegations of bribe for budget levelled against them by the federal government.

The two others who were set free by the court include are Ibrahim Abdulazeez and John Azuta Mbata, former senators.

The development comes 14 years after the suit was filed.

In his ruling, S.E Aladetoyinbo, the presiding judge, said the suit lacks witnesses to prosecute the charge.

He, therefore, discharged the defendants under section 355 of the Administration of Criminal Justice Act 2015.

Two other defendants who were listed in the suit, Garba Matazu, a former house of reps member, and Fabian Osuji, minister of education, at the time.

The duo were not present in the court, in a suit filed by the Independent Corrupt Practices and other related offences Commission (ICPC).

According to the trial judge, prosecutors in the matter, which has been pending since 2005 could not raise witnesses to prosecute the case.

He said following the failure of the prosecutor to produce witnesses, each of the counsels to the defendants also urged the court to discharge and acquit the defendants under Section 355 of the Administration of Criminal Justice Act, 2015 which states as follows: “Where a complainant at any time before a final order is made in a case satisfies the court that there are sufficient grounds for permitting  him to  withdraw his complaint, the court may permit him to withdraw the complaint and shall thereupon acquit the defendant.”

“Since the prosecutor claimed that the witnesses are no more available and this matter had been pending since 2005, the court will grant the request of defence counsel. The three Defendants are hereby discharged and acquitted under Section 355 of the Administration of Criminal Justice Act 2015.”