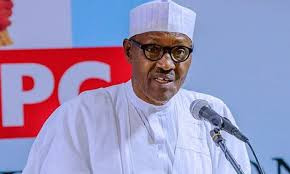 The Senators made the call while reacting to the abduction of staff and students of Government Science College in Kagara, Niger state, in the early hours of today February 17.

Part of the resolution of the Senate during plenary includes

ii. Urge the President and Commander in Chief of Armed Forces, President Muhammadu Buhari, GCFR, to as a matter of urgency, declare a State of Emergency on insecurity in Nigeria

iii. Urge the President and Commander in Chief of Armed Forces, President Muhammadu Buhari, GCFR, to consider and implement the recommendations of the Senate Ad-hoc Committee on Nigeria’s security challenges dated March 17, 2020 and Senate’s resolution therefore as a holistic response to the mounting security challenges across the country.” 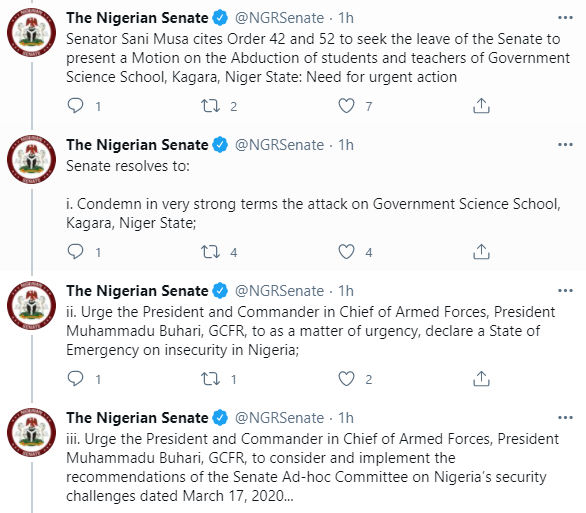 Previous articleKidnappers release video of travellers abducted in Niger State
Next article“For 6 months on the sickbed my boyfriend never checked up on me, I lost a lot of friends” – Nigerian lady shares her story of recovery