Former Big Brother Naija housemate, Ike Onyema has cried out on social media after bumping into Omashola looking unkempt on the streets. 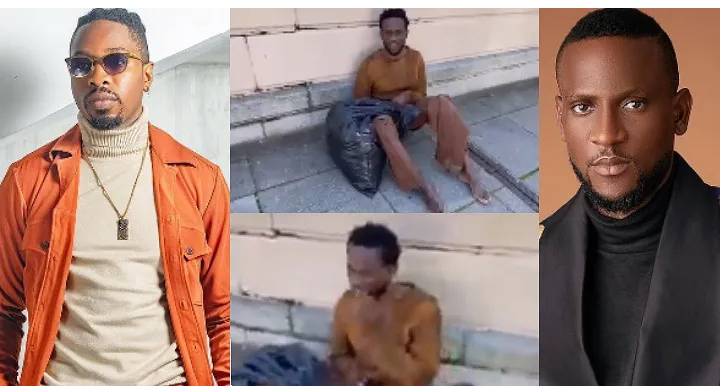 According to Ike Onyema, he saw Omashola in a bad condition on the streets and he wondered if it’s just a skit or if it’s real.
He further expressed his worry about the incident, stating that Omashola hasn’t been on social media for a while now.
“I just hope this is some sort of skit or movie @sholzy23 After seeing your last post, should I be worried? You haven’t been active on social media since your last post…call me!”, he wrote.
Watch here;