The best  Imo State University, graduate, Dr Chigozie Ekenze, at the 2016 combined convocation ceremony of the which took place yesterday, he broke down in tears after he was gifted with the amount of N13,700,000 (Thirteen million, seven hundred naira) by Rochas Okorocha the IMO  state governor.

Ekenze, got the prize to go pursue a Post Graduate Program in London – according to a statement released by the special Assistance to the state Governor  on social media, Mr Mazi Anayochukwu Abasiodu Idiong, Chigozie Ekenze father dies shortly after he gained an admission to study Optometry in the university of Imo State.

According to Chigozie he  was threatened to drop out of school for lack of funding as his mother, a vegetable trader who could not sponsor his education.

After Rochas Okorocha becomes the governor of IMO state in the year  2011, the Governor declared compulsory and  free education from primary to university, which spark again the greatness of the young doctor to soar to greatness.

while receiving a cheque from the Governors wife, Mrs. Ugo Nneoma Rochas Okorocha, yesterday, containing the enormous sum, the doctor went down on his kneels with utter appreciation to God. He keep on  crying uncontrollably for  numerous minutes with overwhelming joy from friends and family. 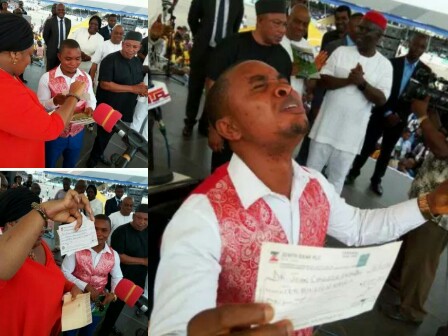 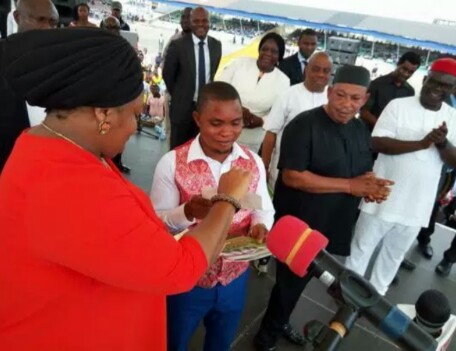 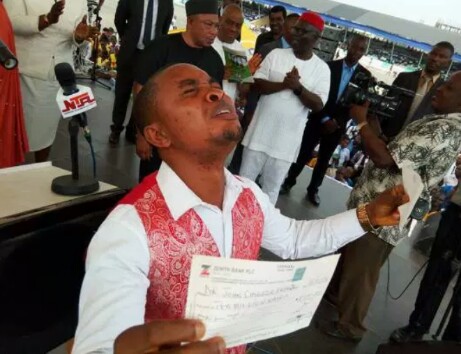 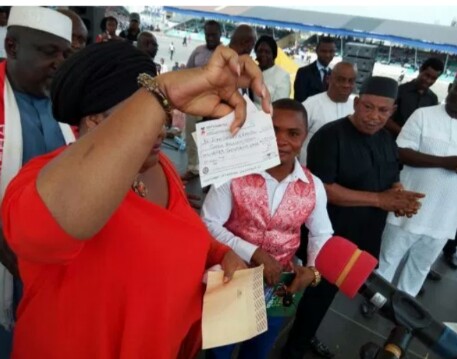 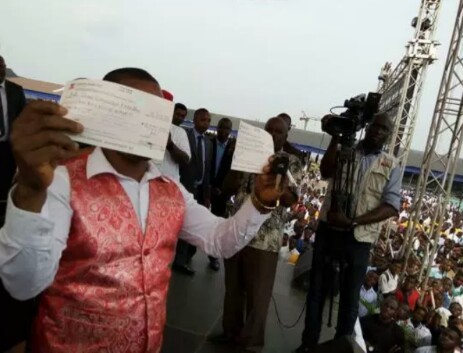