Men of the Akwa Ibom police command have apprehended some notorious hoodlums ahead of an alleged planned robbery operation in the state.

According to reports, the suspects came all the way from Owerri in Imo State with intention to rob a bank and an eatery in Uyo, Akwa Ibom State.

But luck ran out on them this morning as they fell into the net of the men of Akwa Ibom State Police Command.

It was gathered that the police recovered double barrel guns and pump action from them.

The suspects are currently in police custody and will be charged to court as soon as investigations are concluded. 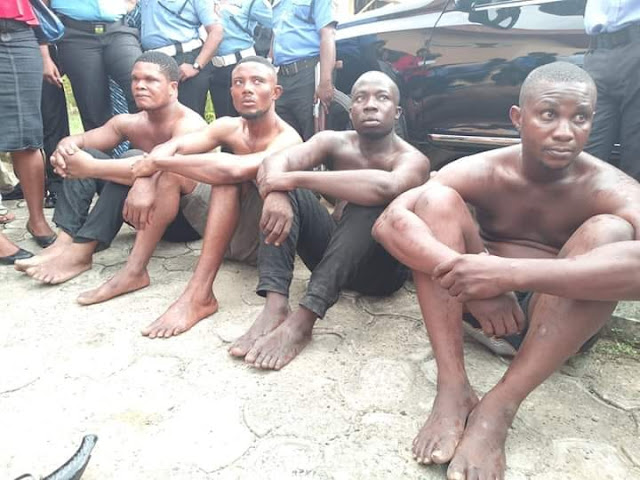