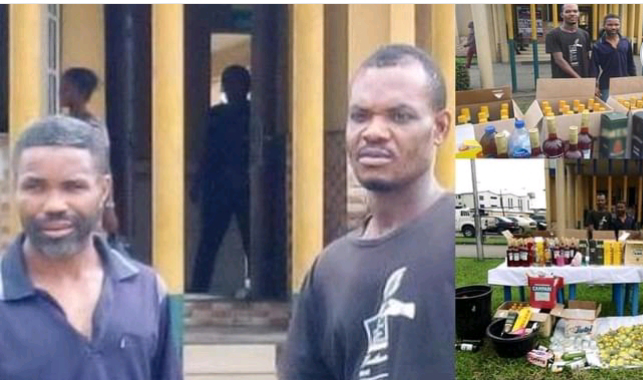 Men of the Nigerian Police force in Rivers State have arrested two suspected members of a syndicate that specialises in the manufacturing of fake wines and alcoholic drinks in the State.
The suspects, Akhayera Collins and Christian John, were arrested at Eligbolo street in the Rumuokoro area of Obio/Akpor metropolis, near Port Harcourt and were paraded on Monday, 1st November, 2021.

According to the Police Public Relations Officer in Rivers State, Nnamdi Omoni, said they were arrested following credible information on October 22 at about 3:30 pm.
He said ;
“Exhibits recovered include; assorted wines, spirits, and several alcoholic beverages; including empty bottles waiting to be filled with the poisonous liquid/substances.
The suspects have made useful confessions and will be charged to court as soon as investigations are concluded.” 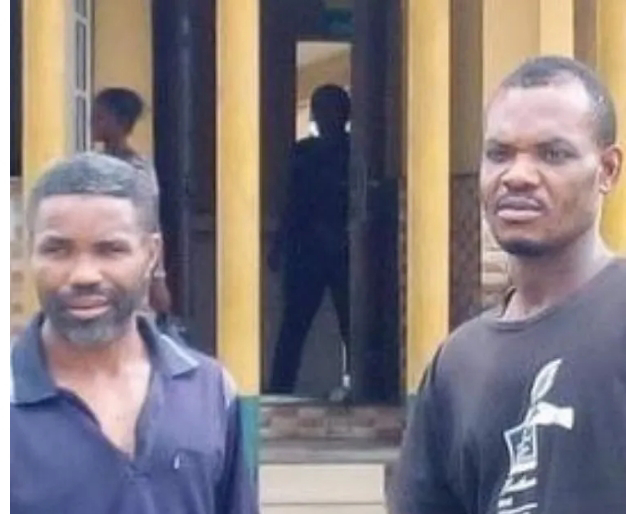