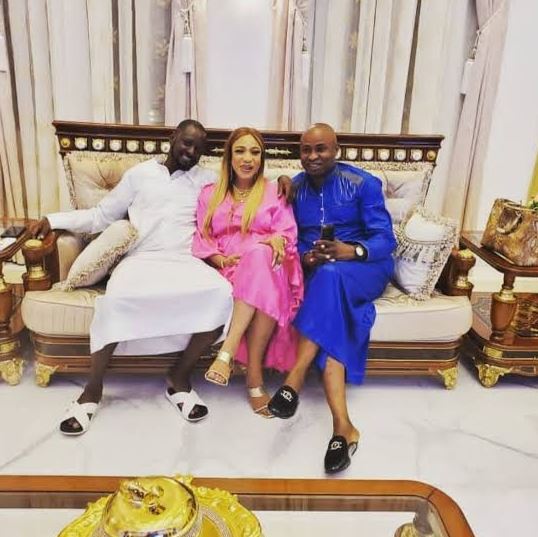 Tonto Dikeh’s ex-lover, Prince Kpokpogri has opened up about his relationship with Mayor Blessing, stating that contrary to popular belief, they were never friends.

The politician, who recently fell out with his ex-girlfriend Tonto Dikeh, made this known after Tonto and Mayor Blessing were pictured hanging out.

Kpokpogri said Mayor was simply an “assistant” who ran “errands” for him and was never his best friend.

This didn’t seem to be the case weeks ago when Mayor Blessing stood up for Tonto Dikeh after she was called out by Kpokpogri.

Mayor hinted at having a deeper relationship with Kpokpogri by stating that he was the one who talked Tonto into giving Kpokpogri a chance.

Also, a throwback photo shows Kpokpogri and Mayor Blessing sitting together with Tonto in a manner suggesting they were quite friendly with each other.