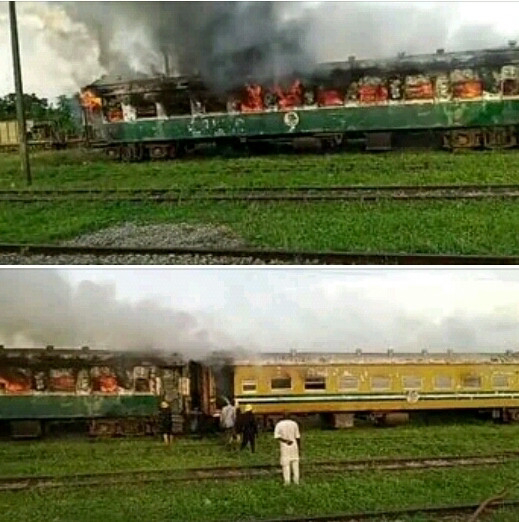 Unknown hoodlums set a Kano-bound train ablaze at Offa Railway Station in Offa Local Government Area of Kwara State on Tuesday.
The train which was coming from Lagos was reportedly set ablaze by the hoodlums when it had a stop-over for repairs at the Offa Railway station.
Head of Media and Publicity of Kwara Fire Service, Hassan Adekunle, who confirmed the incident on Wednesday, October 6, said two of the 15 coaches of the train conveying goods were completely burnt by the fire. 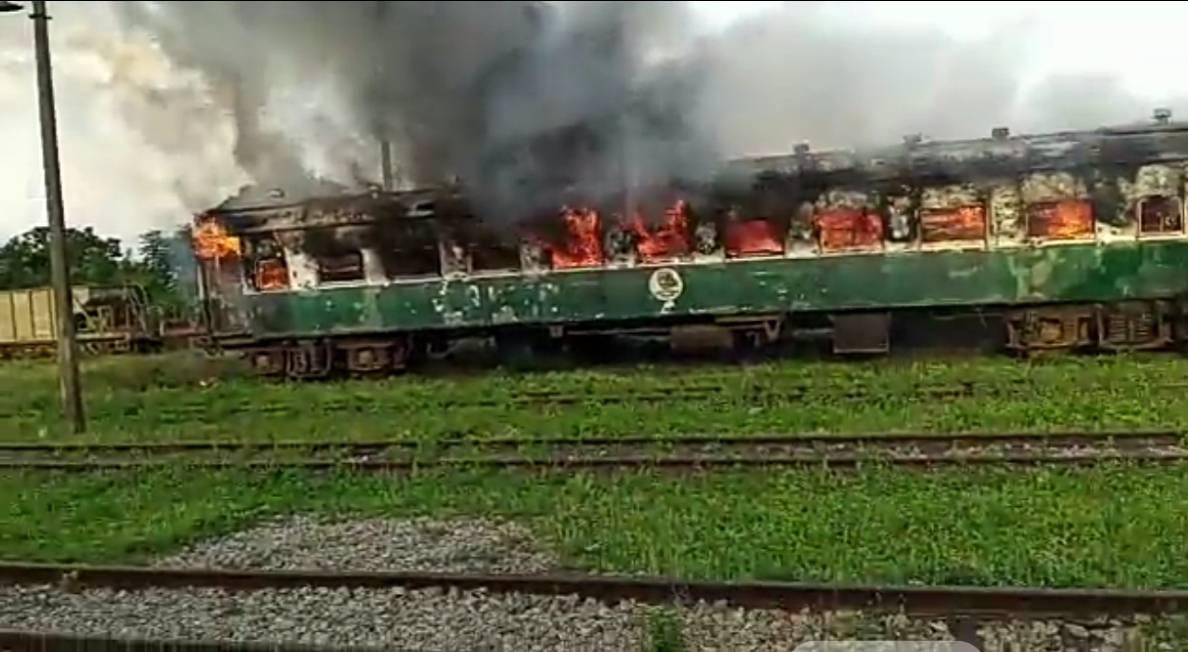 “The incident occurred about 5.17pm at Offa Railway Station in Offa, Kwara State. Out of the 15 coaches contained by the affected train, two were burnt due to the rigorous efforts made by fire fighters.” he stated.
Adekunle said that the Director, Kwara State Fire Service, Falade  Olumuyiwa, appealed to the public not to hesitate to call fire brigade on time whenever there is any fire emergency in their area as this would save lives and properties. 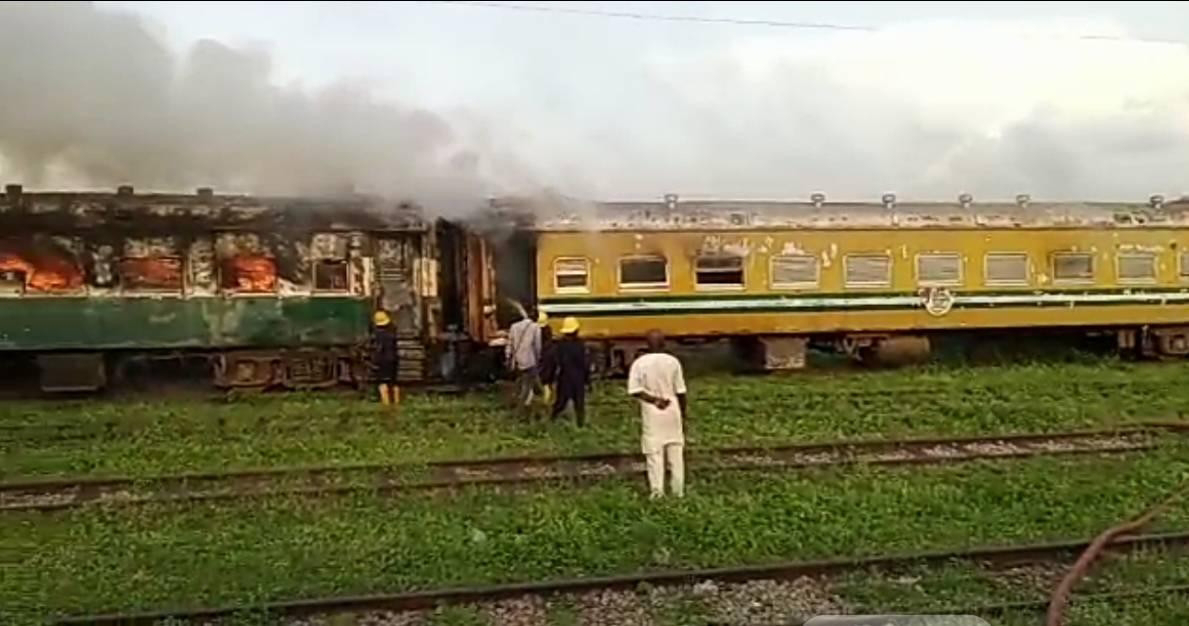