How will Brexit affect mortgages? 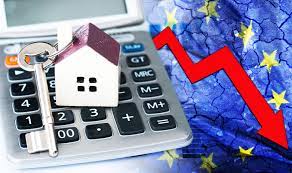 Is Brexit beneficial or detrimental to your mortgage? Is it possible that the housing market can rebound, or will it crash? Homeowners are receiving guidance from a variety of sources; in this piece, we examine the conjecture and differing expert viewpoints.

Brexit – it’s been just over a year since the United Kingdom chose to leave the European Union and go it alone, for better or worse.

There have been numerous consequences, including the resignation of one prime minister and the failure of a hasty election to gain a majority for another. Everything, even mortgages, will be affected.

House prices in London plummeted by an average of £30,000 in the aftermath of the referendum. House price fluctuations are still causing anxiety a year later, according to a report released in July by the London School of Economics (LSE). It warns that a recession caused by Brexit and a drop in real earnings might lead to a housing price catastrophe.

In actuality, it’s unclear how existing mortgages will be impacted directly. However, there is much uncertainty about what will happen once the deal is completed.

Some experts advise homeowners to safeguard themselves against market forces by moving from a variable to a fixed-rate mortgage while they still have the opportunity. There is no guarantee, however, that this is the right course of action. It will fully depend on Bank of England governor Mark Carney’s actions and decisions, including whether or not he chooses to raise interest rates above the historically low 0.25 percent level.

Worst of all, the various viewpoints are all predicated on the same partisan support for either leaving or staying. This is plainly inconvenient for those who, as they should, conduct their mortgage research across a variety of mediums.

The Guardian, a pro-remain publication, recommended readers to lock in their mortgage rates as soon as possible in late 2016, while The Daily Express, a pro-leave publication, claims that repayments could be’slashed’ as Brexit progresses.

Things may be more difficult for folks who do not yet have a mortgage. The number of houses on the market is at an all-time low, according to the Royal Institute of Chartered Surveyors. When you add in the fact that lender appetites are low – the number of authorized mortgages plummeted by almost 2,000 between January and February of this year – new purchasers may be in for a very difficult time.

Going into 2018, the housing market is expected to be slowed by 16 percent for the year as a whole as a result of these combined forces. However, estate experts Savills believe that this will not last long, estimating that property prices would climb by 13% in the next five years.

In actuality, the property market’s fate will be determined entirely by the outcome of the Brexit negotiations, which are currently underway. The health of the property market will be determined by the state of the UK economy as a whole. If the negotiations fail, the pound would lose value, inflation will rise, and interest rates will rise, causing house price growth to halt to a trickle. As a result, the number of mortgages will decrease as tired homeowners wait for better times before selling.

If the negotiations go well, though, everything changes. A favourable deal for the UK would see economic growth remain high, boosting confidence and acting as a spur for property values to climb earlier and quicker than the current reality.

There are also a slew of other recent factors that could be affecting the home market. Changes in stamp duty, Millennial attitudes about home ownership, and other factors could stifle demand, causing prices to fall. Brexit is a significant, once-in-a-generation event that will definitely effect every aspect of British society, including mortgages, house prices, and even renting, because home ownership is such an important part of our island’s culture.

In the end, no matter what the experts predict, only time will tell. Stay informed, keep an eye on interest rates, and keep track of the Brexit negotiations, and you’ll be able to better plan for your financial future.