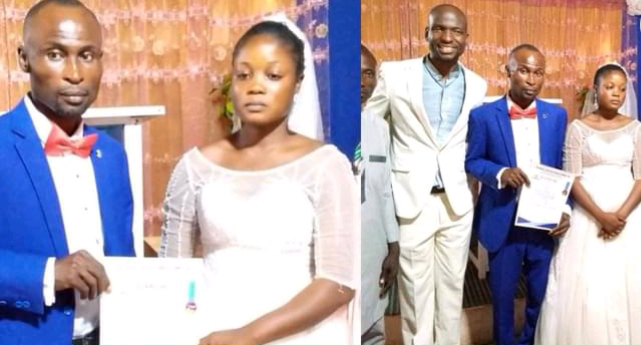 During the week, photos of a bride wearing a sad countenance during her wedding ceremony went viral with people asking if she was forced into the marriage while some criticized her for such. 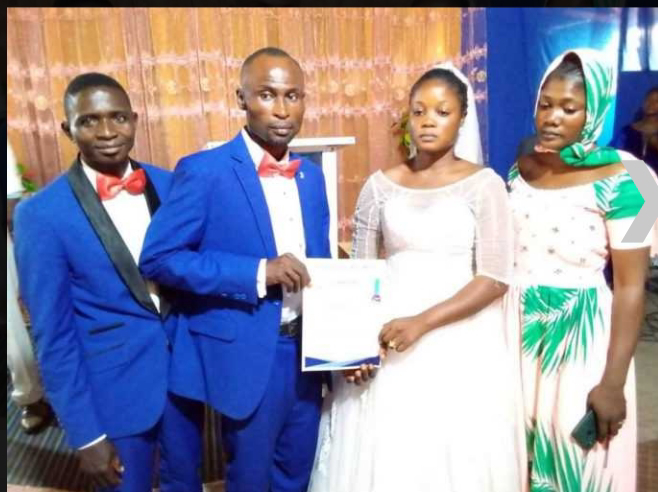 Forcing a response, the groom of the bride offered a valid explanation to those criticizing her actions.
According to the groom, the wedding which took place on Saturday, December, 18 took a sad turn for his in-laws. 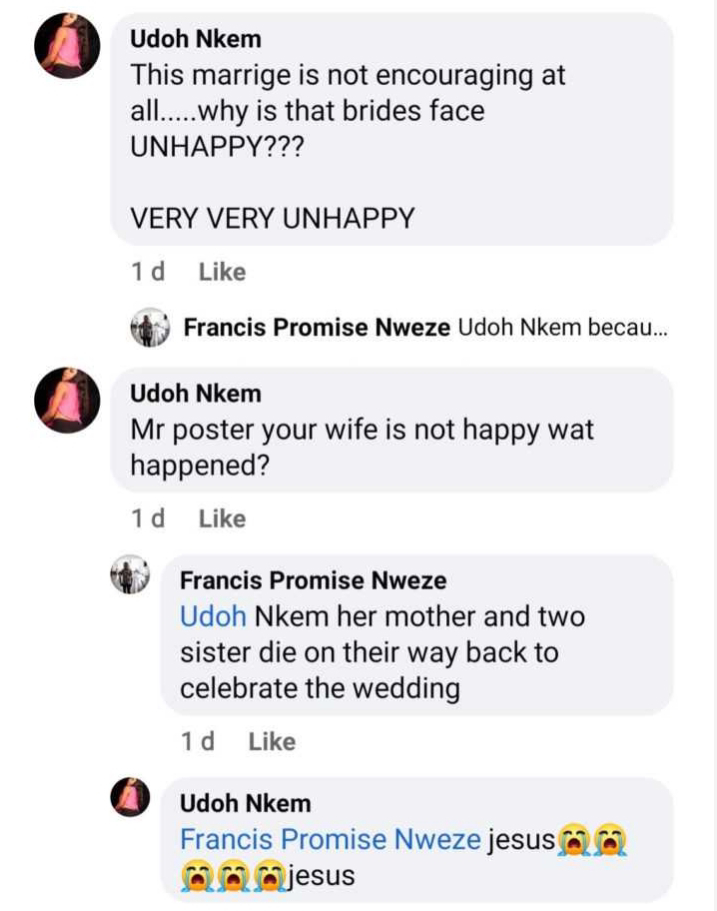 The groom stated that this wife lost her mother and two sisters in an accident while traveling to attend the wedding ceremony.
“Thank you all, for those of you that failed to understand one’s mood, I want to tell you that it was just the power of God at work to bring his word to past, otherwise the wedding was subject to postponed, we lost my mother inlaw, and her 2 daughters on Wed essay while coming to celebrate with us, what we need is your prayers not your judgement on her mood.” He said. 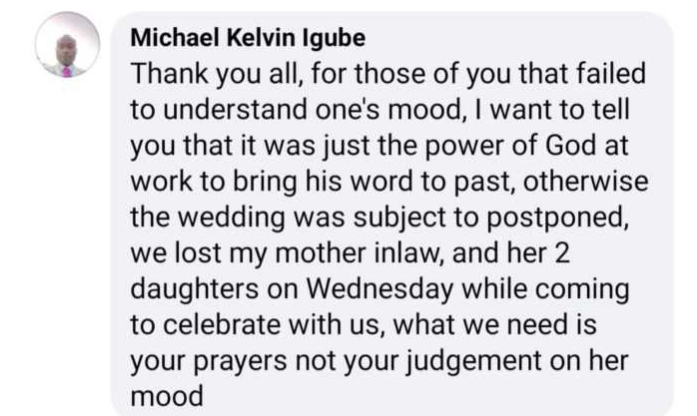 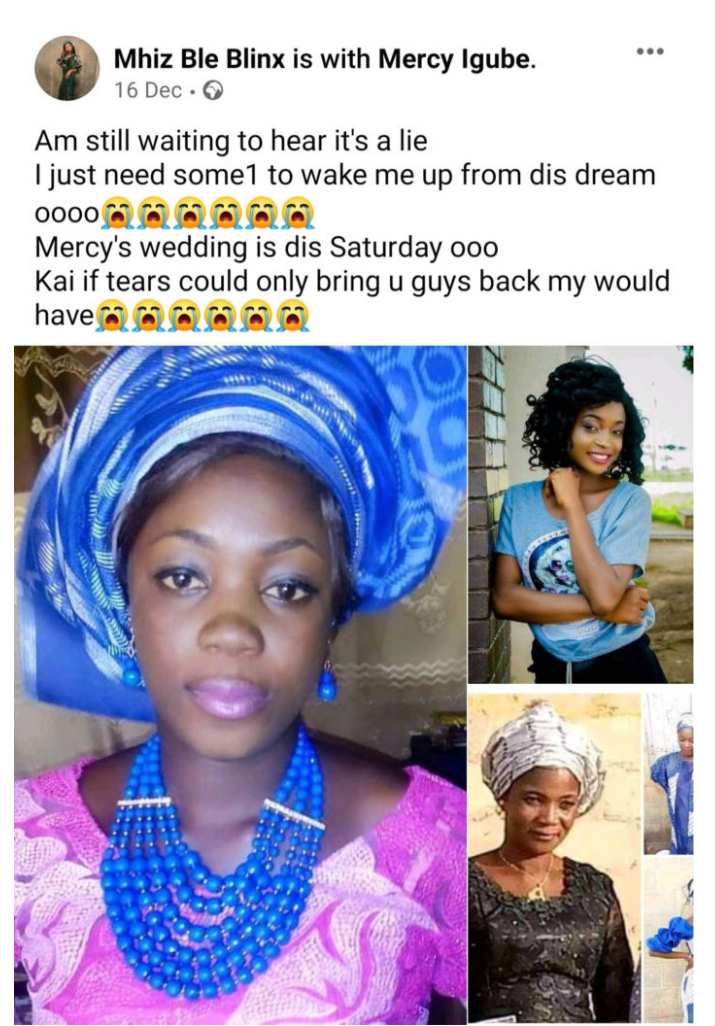 The mother and two daughters were buried on Dec. 20, two days after the wedding. 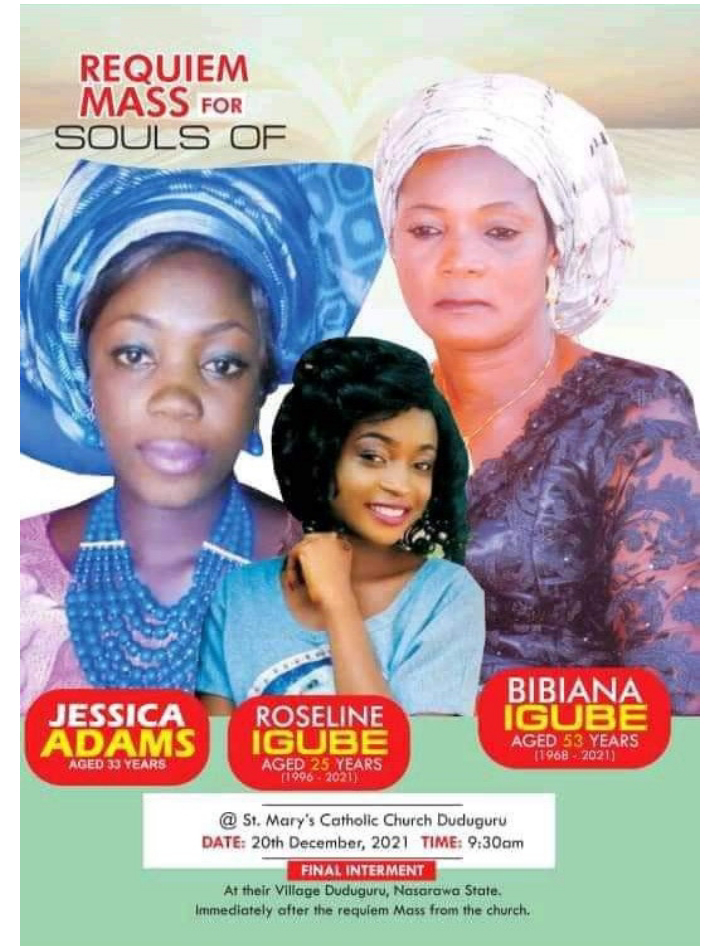