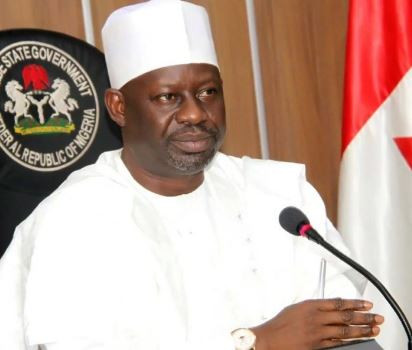 The Gombe State Government has imposed curfew on Gombe, the state capital, after an incident involving Christian youth and some youth in the metropolis on Saturday morning.

According to a statement issued by the Acting Secretary to the State Government, James Pisagih, Governor Ibrahim Hassan Dankwambo had approved the imposition of the curfew in Gombe metro with immediate effect to douse tension.

“The curfew will start from 3pm Saturday to 6am on Sunday (tomorrow), however the situation will be review after the restoration of normalcy,” the statement said. Adding that only security agencies and other workers on essential services are allowed any form of movement during the duration of the curfew.

The curfew was imposed following a clash between Christian youth and some thugs on Saturday morning. The state government and the Christian Association of Nigeria (CAN) had organised a mass burial for the eight children killed by a security agent last Sunday.

The mourners closed all the roads leading to the Gombe Specialists Hospital where the remains of the victims were kept and the CAN centre, venue of the church service for the deceased. According to witnesses, the closure of the roads led to heavy traffic jam in the areas which made residents to open the roads to traffic, however the action was perceived by the Christian youths as threat to the burial ceremony.

Check this:  Mother of five commits suicide in Ebonyi over hardship

The members of the Boys Brigade, not satisfied by the action, blocked the roads leading to the state from Kano and Yobe States, brandishing weapons and threatening to deal with anybody who attempted to open the roads. However, security agencies were mobilized to the affected areas and they have prevented any breakdown of law and order. But the Police Command Public Relations Officer, SP Obed Mary Malum said a curfew was advised to be imposed on Gombe metropolis, after a security meeting, to arrest the situation and prevent further breakdown of law and order.