On Thursday being 20th of September the Nigerian Navy Ship, handed over four suspects and a vessel, MV Deborah allegedly involved in illegal oil bunkering to EFCC for further investigation and possible prosecution.

Captain A. F. Adewuyi, who represented the Commander at the handing over in Warri, Delta State, stated that the suspects were onboard the vessel, MV Deborah when they were intercepted by men of NNS Delta along Ugwoton creek on suspicion of conveying AGO without any valid approval.

He further stated that after forensic analysis of the product by officials of Department of Petroleum Resources, DPR, result revealed that the product on board were poorly refined AGO.

Receiving the suspects and the Vessel on behalf of the Commission, Richard  Ogberagha, a Principal Detective Superintendent, said the Commission would carry out further investigation and ensure that those found culpable were brought to book. 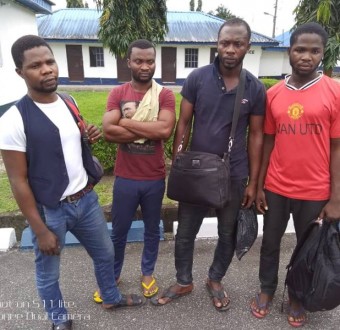 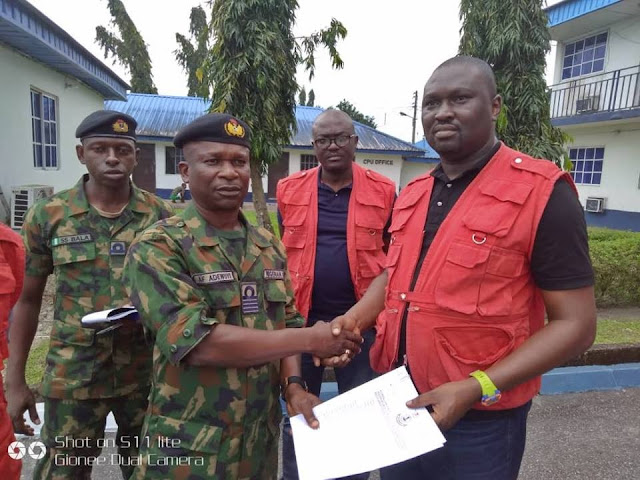 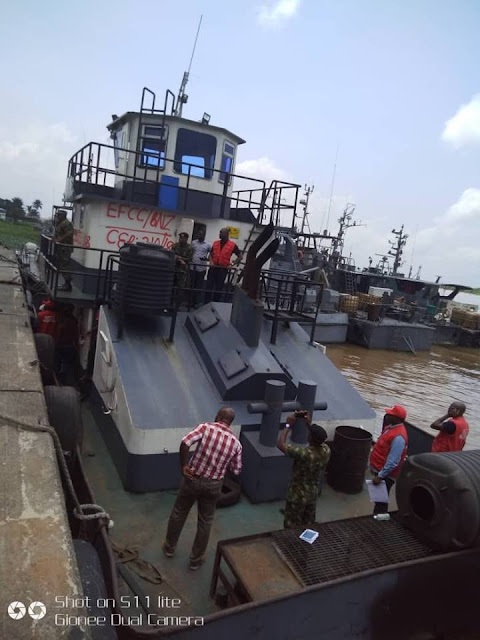