The nation’s Inspector General of Police, Idris Ibrahim seems to have risen above the law of the land and control of the president who appointed him. This is as extremely worrisome as it is setting a terrible precedence in the country.

What is particularly curious about the recent actions of the Inspector General of Police is the temerity with which he had repeatedly called the bluff of the Senate institution and disobeyed orders given to him by President Muhammadu Buhari.

It must be agreed that the Inspector General of Police, Ibrahim Idris would not have ordinarily behaved this way if not for some hidden reasons that are perhaps not known to the public. But one thing that is incontrovertible is the fact that the police boss has been compensated with the position of Inspector General.

It can also be concluded that the same hidden reason that is responsible for the now seeming “above the law” disposition of the Police IG must have also informed his appointment in the first instance.

Meanwhile, record has it that Ibrahim Idris was in 2015 the Police Commissioner in charge of Kano state when he superintended the delivery of millions of votes to the APC.

He was still the same police boss in-charge of Kano state when the INEC Commissioner for the state was burnt to death with his wife and two children in a rather unexplainable circumstance. It will be recalled that President Buhari garnered nearly two million votes in the most populous northern state during the 2015 presidential election.

Check this:  "Please close my property”- Erica tells Kiddwaya after he shared a photo of his legs open

Meanwhile, curious but disturbing questions need to be asked on the circumstances surrounding the appointment of Ibrahim Idris as the IGP in the first instance.

We also need to know what could have made the IGP disobeyed the instruction of the president without any consequence till date ?

Another probing question is what was the good quality seen in Ibrahim Idris by President Buhari at the time of his appointment that was not found in any of his compulsorily retired 28 seniors? We need not be told that Idris had been merely compensated for his hatchet job in the 2015 presidential election held in Kano and the subsequent cover-up in the investigation of circumstances leading to and surrounding the death of the INEC Commissioner.

It is most regrettable that Ibrahim Idris has now constituted himself into an authority that cannot be questioned; as a result has become so emboldened to have conveniently disobeyed several Senate invitations. It is particularly very sad that the man even feels at ease in the face of mindless bloodletting across the country.

Check this:  classroom turned into a poultry farm in Borno as schools remain closed due to the pandemic.

However, no sinner can hide behind one finger for too long. The dirty past of the IGP has been exposed and the earlier he is relieved of his position, the faster solutions could be found to the reign of impunity and ceaseless killings across the land. Time is now for President Buhari to remove the IGP from office and safe the nation from further gruesome killings and maiming. 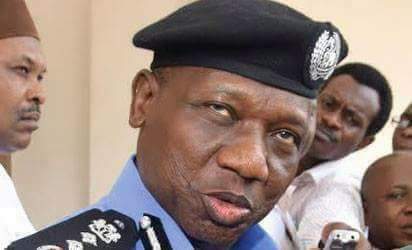