After losing their opening group match 0-1 to South Africa at the on-going 2018 African Women’s Nations Cup in Ghana, the Super Falcons will today take on Zambia in a match Nigeria must win to keep hope of qualification alive. But there seems to be some discordant tunes in the camp of the Super Falcons, as some top players are said to be having a running battle with the technical crew headed expatriate coach Thomas Dennerby.

The reigning African champions failed to impress in their last game against the Banyana Banyana, with Desire Oparanozie being the biggest culprit as she failed to score even after the South African goalkeeper had been displaced by current women’s Player of the Year, Asisat Oshoala.

The Falcons will face group leader, Zambia at the Cape Coast Stadium by 3.30 p.m. today, and former team midfielder, Ifeanyi Cheijine says they must do everything possible to secure a victory. Chiejine told The Guardian yesterday that she was disappointed with the Falcons for losing their opening game to South Africa.

“I won’t single out one player for blame, but I was not impressed with the way they played against South Africa. The players should change their approach in the remaining two games because it would be a big embarrassment for Nigeria to crash out in the group stage. They are lucky Equatorial Guinea is not parading ‘those players’ this time around.”

Check this:  28-year-old man collapses after mother of his twins gave birth to triplets

Former team handler, coach Ismalia Mabo has described the decision by the Nigeria Football Federation (NFF) to hire an expatriate coach Thomas Dennerby for the Super Falcons as ‘unnecessary.’ “I advised the NFF not to bring in a foreign coach for the Super Falcons no matter the situation, but they didn’t listen. Look at the result now. Even, if the team wins the trophy at the end of the championship, I still insist the NFF should sack the coach. He has no business leading the team.”

The Guardian learnt yesterday that some of the players were at loggerhead with the technical crew following an alleged over bearing influence by one of the assistant coaches on team selection.

The coach in question was said to have ‘pocketed’ the expatriate handler, Thomas Dennerby, as she now calls the shot in major decision-making, especially on team selection.

“There is problem in the team right now. Since the team lost to South Africa, the players have been at war with the coaching crew. They are accusing one of the assistant coaches of having over-bearing influence on the technical adviser. It happened when the team traveled to France for a friendly game, which they lost 8-0, and it is happening again here in Ghana. The NFF must act fast to save the situation,” the source said yesterday.📷vanguard 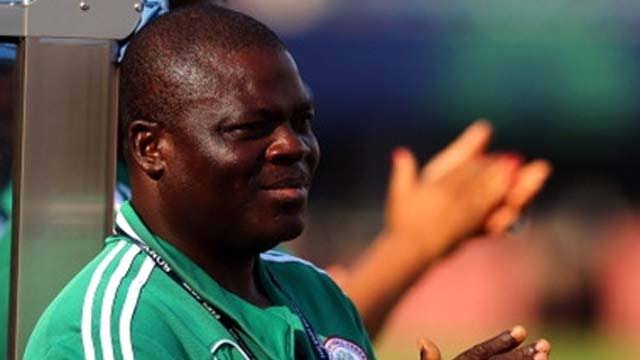