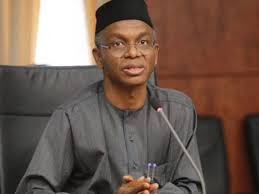 The Kaduna State government has imposed a 24-hour curfew on Kajuru after fresh violence broke out in some parts of the local government recently.

A spokesman to the Governor of Kaduna State, Nasir El-Rufai, Samuel Aruwan, made the imposition of the curfew known in a statement he released on his Facebook page this morning.

“Following events in Kasuwan Magani, the dusk to dawn curfew that has been in place in Kajuru LGA had been extended to 24-hours in the entire local government area. The 24-hour curfew in the entire Kajuru LGA is with immediate effect, and will be enforced until further notice,” Aruwan wrote.

Check this:  I attend churches to steal - 21-year-old suspect