The Police Public Relations Officer, Abimbola Oyeyemi, in a statement, said the arrest of the stepmother was as a result of complaints lodged at Mowe Police Station by Stephanie’s teacher.

Oyeyemi said: “The teacher complained that she has been noticing the reluctance of the girl to go home after closing and that the girl was in the habit of crying whenever it was time for her to go home.

She further explained that she discovered that the girl came to the school that morning looking very sick and when she tried to feel her body temperature, the girl shouted in pain which prompted her to check her body and found lacerations all over her.

On the strength of the report, the DPO of Mowe Division, Francis Ebhuoma, detailed detectives to follow the girl to their house, where the stepmother was promptly arrested.

The Abia State-born woman disclosed to the Police that the mother of the girl died while giving birth to her and that she got married to the girl’s father in 2016.

When questioned about the reason for her wickedness to the innocent girl, she had no reasonable answer to give.” 📷: CrimePuzzle 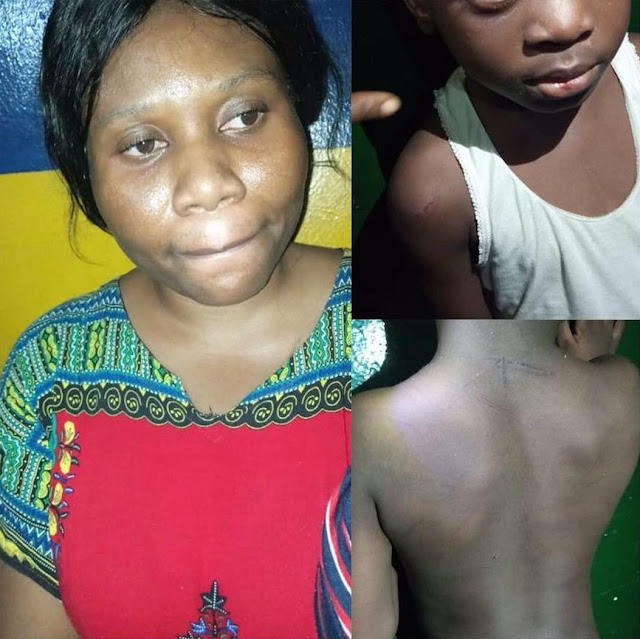 Check this:  G-boys: Young Man Caught in Delta State after Stealing Bra and Looking for Panties to Pick