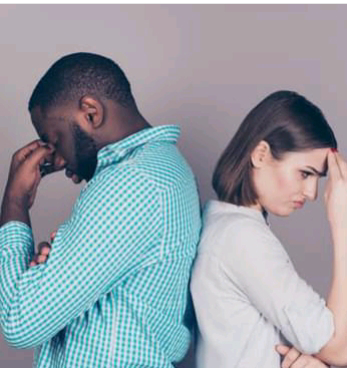 A story of a young man’s father who didn’t give consent to his son’s relationship because his girlfriend came visiting wearing trousers has gone viral with thousands of opinions.
The story was shared by a Twitter user by the name Lola Okunrin. According to the story he shared, the boyfriend who was from a Christian home, advised his girlfriend not to wear trousers on her intended visit to see his parents as his father detests ladies from wearing trousers when visiting.
Having knowledge of that, the lady still decided to do her bidding with the opinion that her boyfriend’s father should accept her for who she is.
Unfortunately for her, her boyfriend’s father gave sound disapproval to their relationship, leading the boyfriend to also put on a frowning face at her for disrespecting his father’s wish.
Sharing the story on the micro-blogging platform, below are the details;
“I have never seen this kind of mumu behaviour before.
Your boyfriend told you he’s from a Christian home and his dad doesn’t love it when people wear trousers to visit him. You decided to wear trousers like “let your daddy accept me for who i am”. Now they have said No to the…
Union. You are now looking for people to plead for you. O ti koja mehn.
Simple instruction, you couldn’t concur. Bobo too is angry with you. He said you are disrespectful to his father’s wish. Simple “When you are coming, wear skirt”
No lele sha, men are plenty out there.” 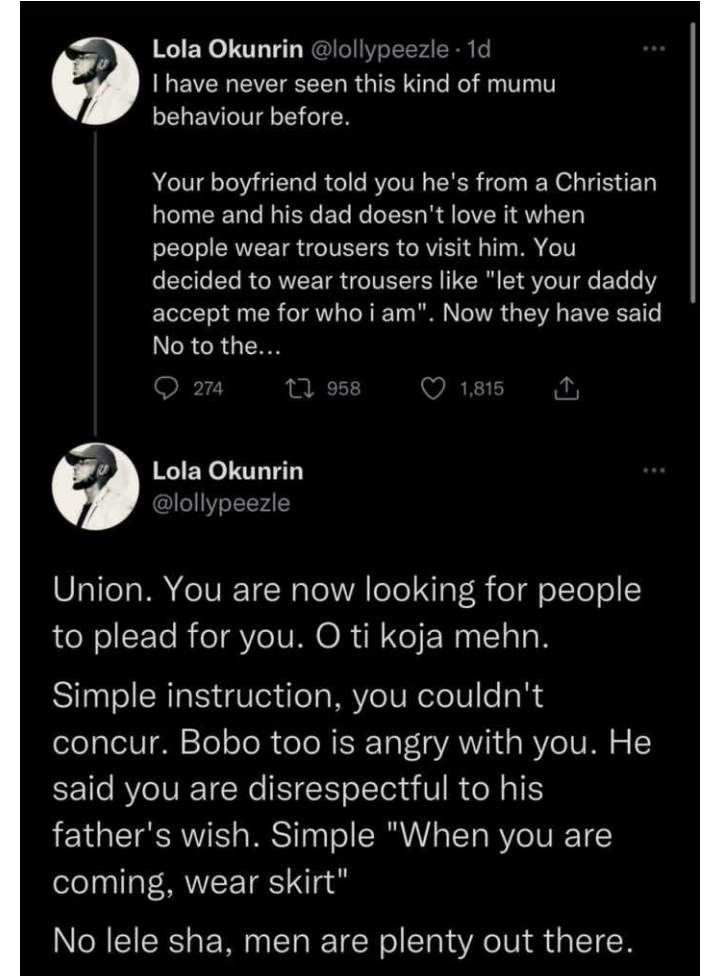