A man identified as Ebube Osinachi Okoye, has been arrested for storming the house of his cousin and stealing everything he came to the country with.

According to the victim, the suspect is his most trusted cousin. He alleged that Ebube didn’t spare anything, as he stole even his last pound sterling.

He was, however, nabbed yesterday, in Ekwulobia, Anambra State, and some of the stolen properties were recovered from his girlfriend. 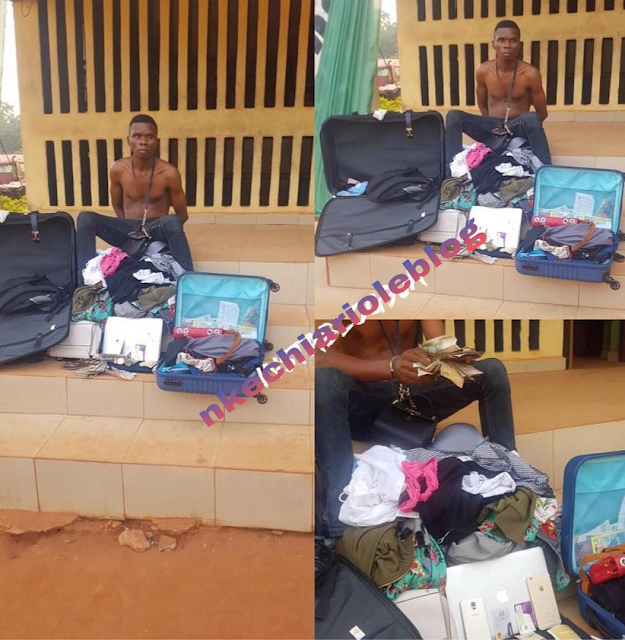