On 11th of march being Sunday, Chigozie Ugwu has been arrested by Enugu State Police Command over the murder of one Nwoye Arua.

Sp Ebere Amaraizu, the Spokesperson for the Command, who confirmed the incident said the suspect stabbed his friend,  of  35yrs old, to death at Amegu Ejona Orba in Udenu LGA of Enugu State.

Amaraizu said the suspect run away after supposedly stabbing his victim with a knife over unknown reason. The suspect was later caught by police operatives following a massive manhunt.

The victim was rushed  to Nwosai Foundation Hospital where he was confirmed dead by the doctor. The body had been deposited at the hospital mortuary.

“Sp Amaraizu said, that the suspect is assisting the operatives of the Homicide Section of the State Criminal Investigations and Intelligence Department (SCIID) in their full scale investigations.” 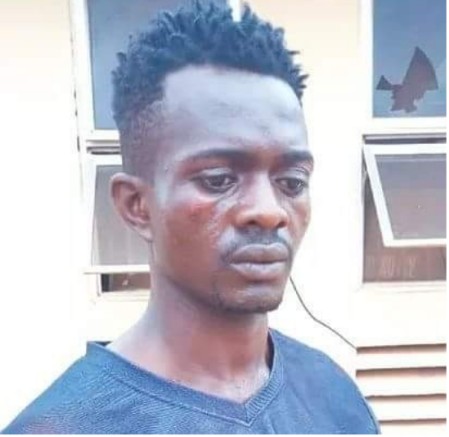 Check this:  Twitter user shares photo of outfit his colleague ordered vs what he got