A 42-year-old mechanic, Gbenga Ogunleye, has battered his wife of 16 years, Nike Ogunleye, over an alleged extramarital affair.

According to reports, the incident happened at the couple’s residence at No 20 Apostle Shoneye Street, Ayede, Ogun State.

The mother of 3 was accused of having an affair with one Baba Habeeb. Recounting how the beating started, Nike said: “’I told him that Baba Habeeb’s wife is a friend, but before I finished my explanation, he descended on me.

He gave me a dirty slap. The beaten was too much. In fact, I regret marrying him and I have decided to go back to my family house. I have been living in hell. I taught I could manage the situation but it has gotten out of hand.” 📷: Veno News 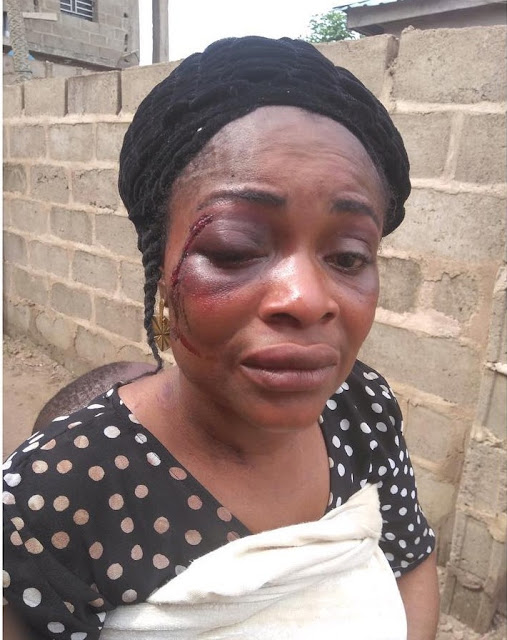 Check this:  I  contracted COVID-19, I’ve been ill and in isolation — Omotola Jalade