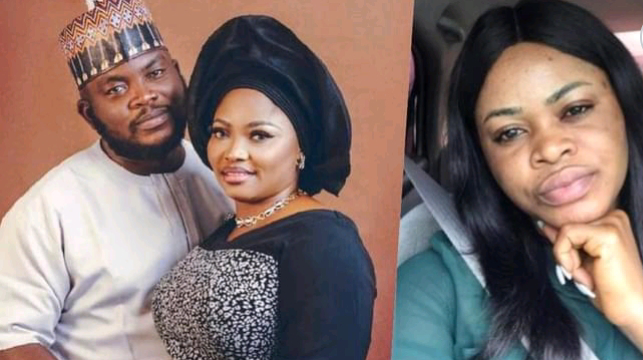 Embattled lady calls out her boyfriend of two years on social media for borrowing N400K from her to do a wedding with another woman. 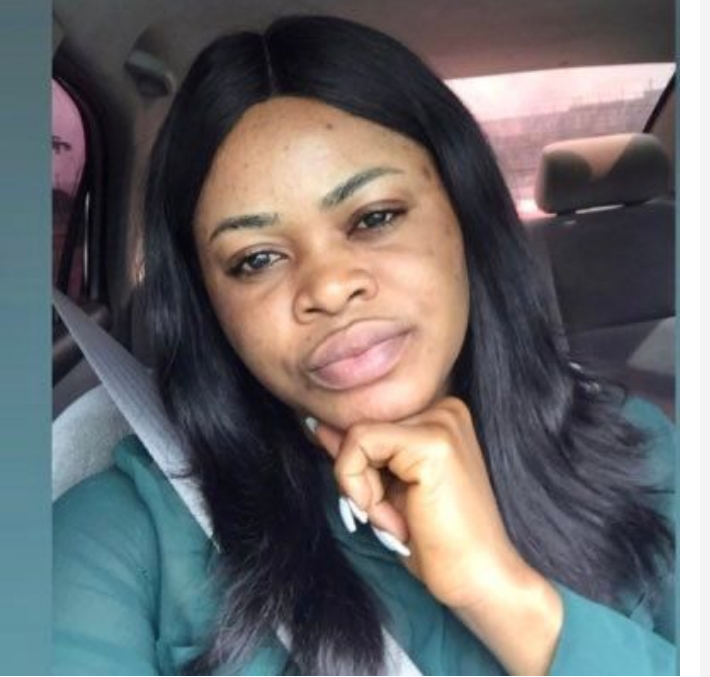 According to a Twitter user identified as @fine_stefany1, who became suspicious after her boyfriend stopped picking her calls, only to find out about his secret wedding with someone else.
“Dated for close to 2 years, man got married last weekend, stopped picking my calls nor respond to texts exactly two weeks to the wedding, even borrowed my 400K to add to wedding expenses, no post whatsoever about his wedding, but nothing is hidden under the sun,” she wrote.
Man called out for borrowing N400K from girlfriend to do wedding with another woman 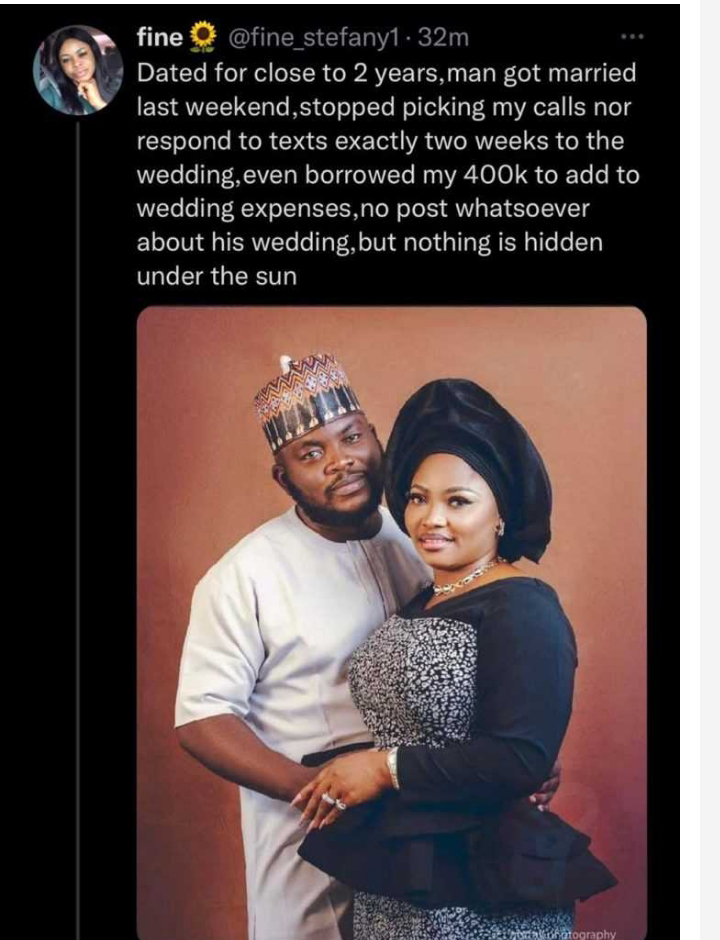 The claim sparked reactions on the platform, some of which users condemned the lady for calling out the young man despite refunding the amount borrowed.
See some reactions below … 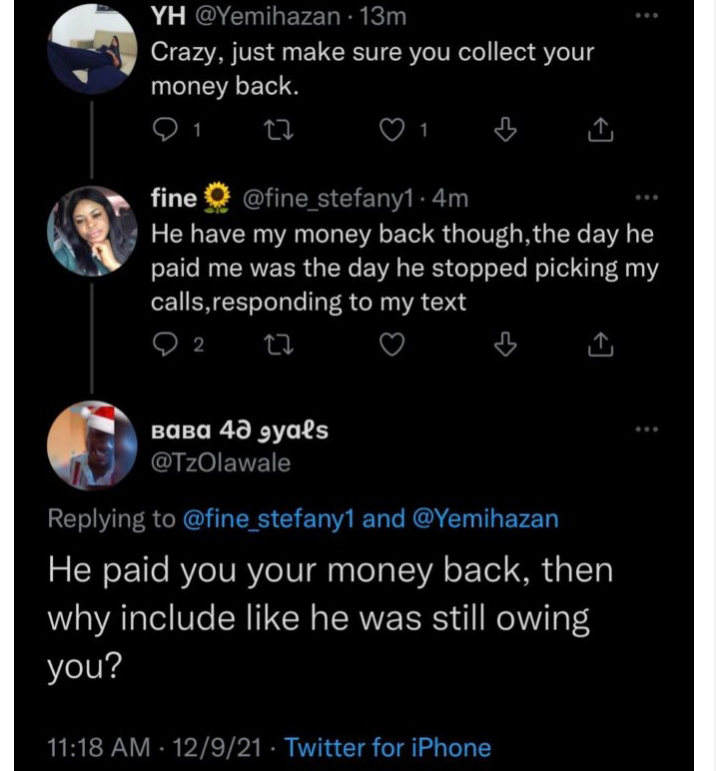 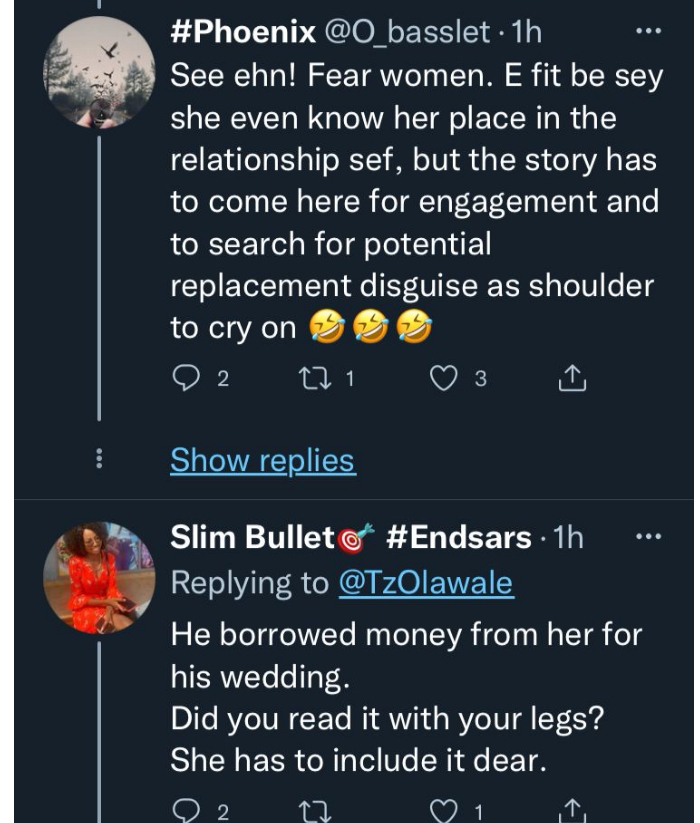 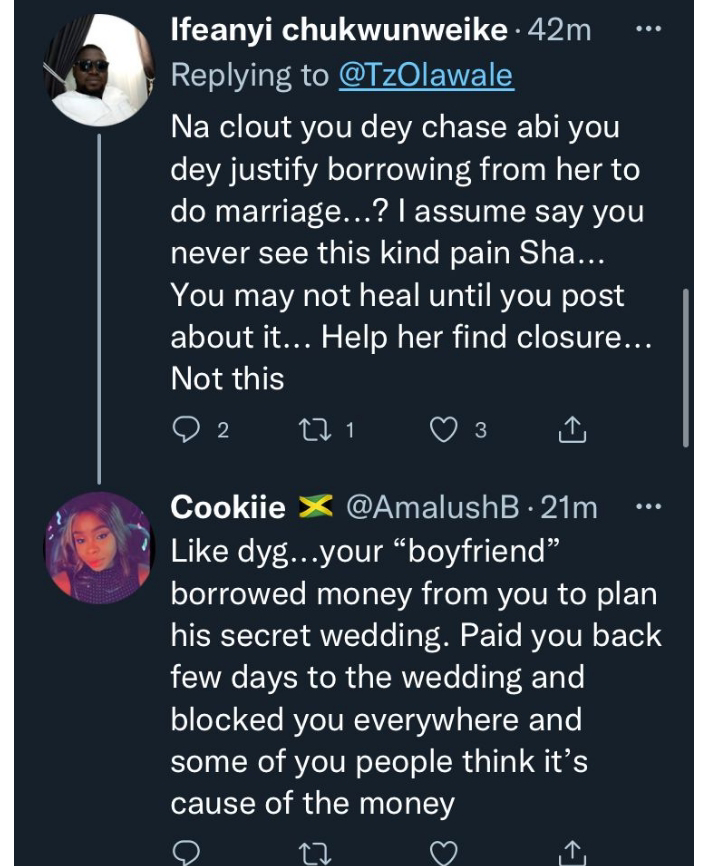 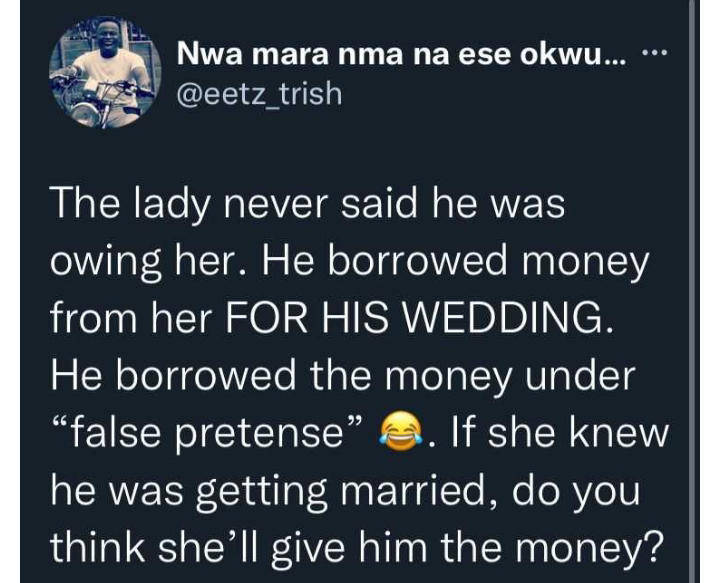 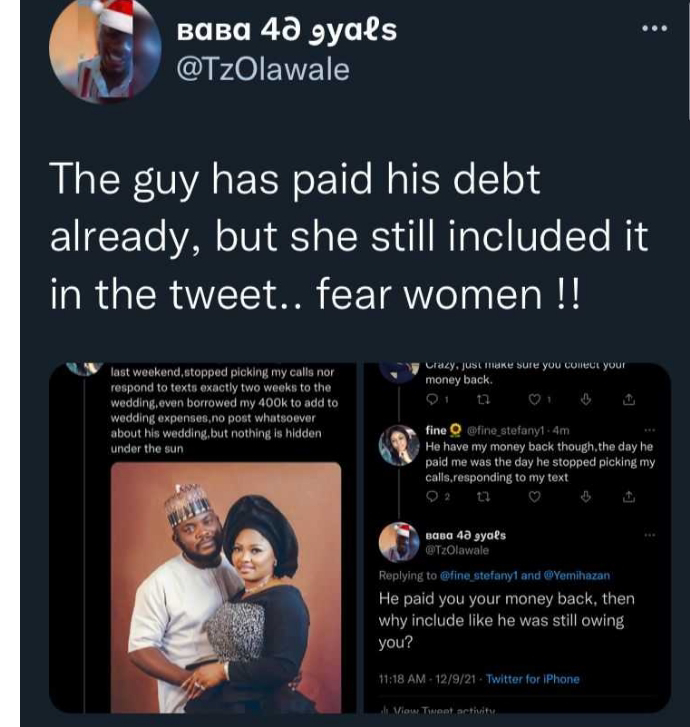