A man identified as Afaha Obong, has committed suicide after smashing his phone and chewing his SIM card in Ikot Akpan Ikpong, Akwa Ibom State.

The deceased, said to be married with kids, was found dangling from a cocoa tree in the early hours of Tuesday, September, 11, 2018, behind his uncle’s house.

The remnants of the SIM card were found in his mouth. However, the motivation behind his action remains unknown at this time. 📷: Cosmas 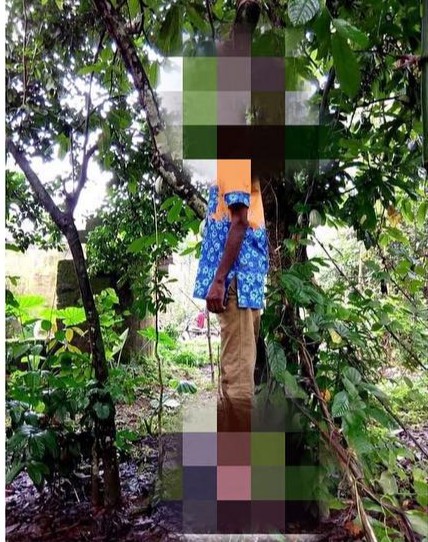 Check this:  Graphics: woman throw her child inside a well in Lagos.