The Jigawa State police command has said a 40- year-old-man, Abdullahi Jafaru, attempted to commit suicide after his wife, Halima, refused to return home following a dispute.

According to a PremiumTimes report, Abdullahi poured petrol on himself and set himself ablaze in Shunar, Kafin Hausa LGA of the State

According to the Jigawa police spokesperson, Audu Jinjiri, on December 31, 2018, Halima left her matrimonial home because of a misunderstanding with her husband.

Jinjiri said attempts made by Jafaru to convince Halima, his first of two wives, to return were unsuccessful. The couple reportedly have six children together.

Not being able to convince his wife, a troubled Jafaru then poured petrol on himself and set himself ablaze. He was, however, rescued and rushed to the hospital.

But while still on the sick bed receiving treatment, Jafaru has continued calling Halima’s name, even though his second wife remains with him at the hospital taking care of him. 📷: PremiumTimes 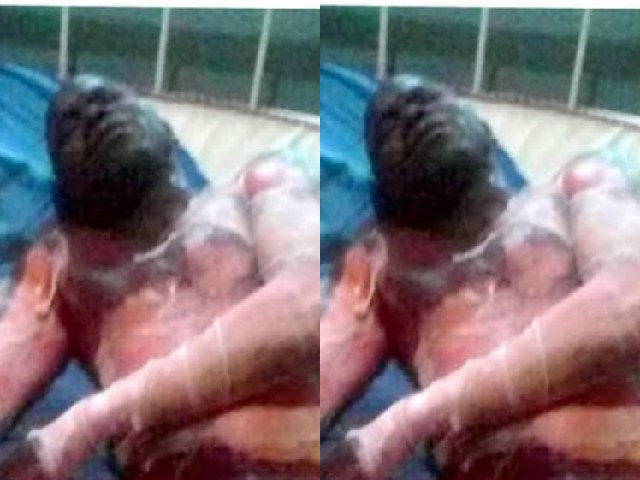 Check this:  South African teenager who stabbed his 18-year-old girlfriend 25 times and set her ablaze pleads guilty to rape and murder