The RRS has arrested a man who pretend to be mad, with a toy pistol under Eko Bridge, Lagos.

The officers were told by a motor cyclist around 11:00 p.m. They rushed to the place and saw the man hiding the gun in his trousers and trying to fled. He was latter arrested and searched.

a black toy pistol replica of Barreta pistol was on him, He claimed  to come  from port Harcourt name Oyahere Johnson, 35, from. He said he had been robing with the toy gun in the area. 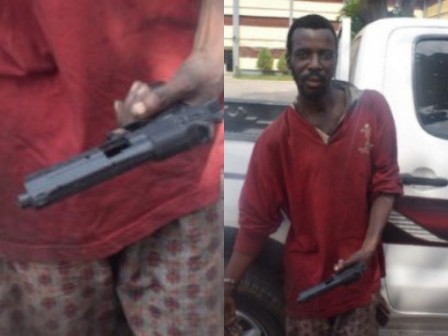 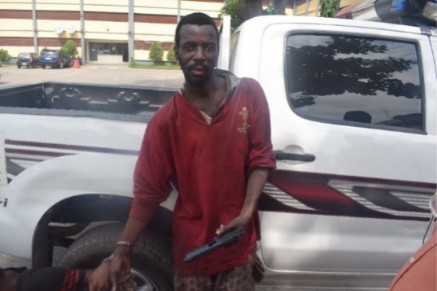