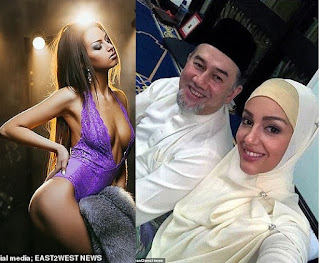 According to multiple reports in Moscow, the marriage between the outgoing Malaysian king and a Russian model is on the rocks.
Before their lavish ceremony in the Russian capital in November, Russian model Oksana Voevodina, 25, who is reportedly pregnant converted to Islam to wed Sultan Muhammad V of Kelantan, 49, who recently abdicated his throne after just two years for the sake of their marriage.
Media outlets in Russia are now saying the marriage is in trouble.
Izvestia headlined its report: Izvestia – ‘King of Malaysia and Miss Moscow 2015 decided to divorce.’ 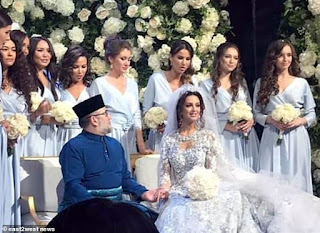 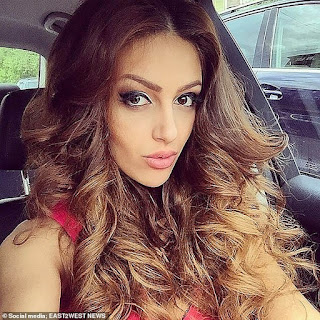