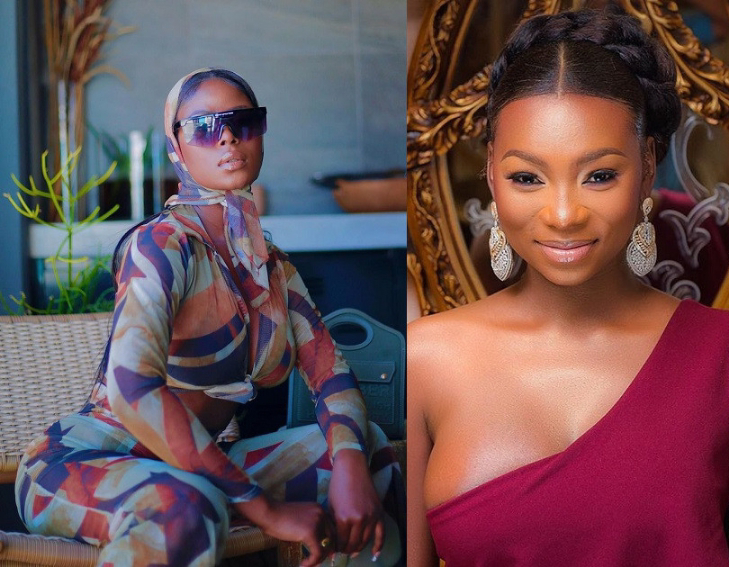 Big Brother Naija star, Khloe and aphrodisiac seller, Jaruma’s fight has taken a different turn as the reality show star is now placing curses on her.
Khloe had told Jaruma to take her name off her mouth and go look for her doctor after she took to Instagram to praise the doctor that worked on the BBNaija star’s bum for a job well done. She had also noted that Khloe never tagged her doctor and also asked plastic surgeons to contact her as many people have signified interest in going under the knife.
The reality show star who seems irked by Jaruma’s posts, noted that today is day 62 of a 70 day fasting and prayer she is partaking in. Khloe also prayed that all the “curses in the Bible and Quran be upon Jaruma and her offspring till eternity” since she has “decided to be a bastard”.
She also prayed that Jaruma be “stripped of her clothings physically and spiritually” and may she “have no one to console her when she cries”.
May all the curses in the Bible and Quran be upon you and your offspring – Khloe curses Jaruma for continuously talking about her plastic surgery 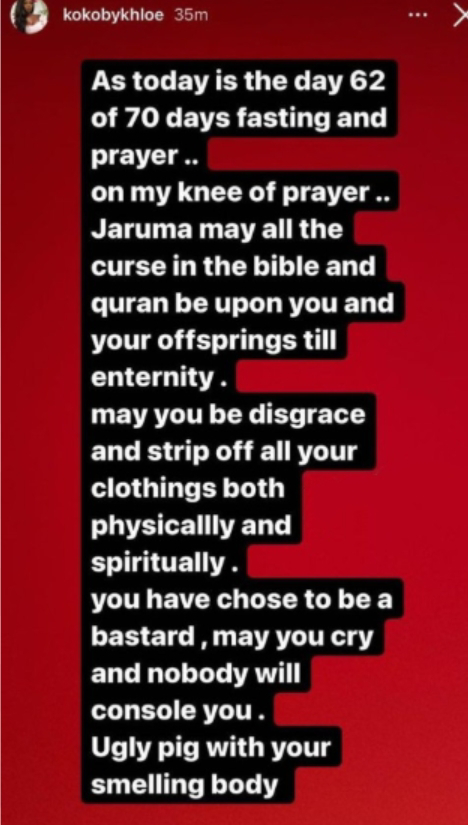