A popular mechanic has died after a tree fell on a car housing him in Adamawa State.

The father of one, identified as Emeka Nonso, was said to have ran inside the car during a downpour in Tappare, on Thursday.

However, unfortunately for him, a tree beside the car was pulled down by the wind and it came crashing on the car, tapping him.

Nonso struggled to get out of the car, but the weight of the tree wouldn’t allow him. He was later rescued by his colleagues and rushed to the Ganye General hospital, where he gave up the ghost. 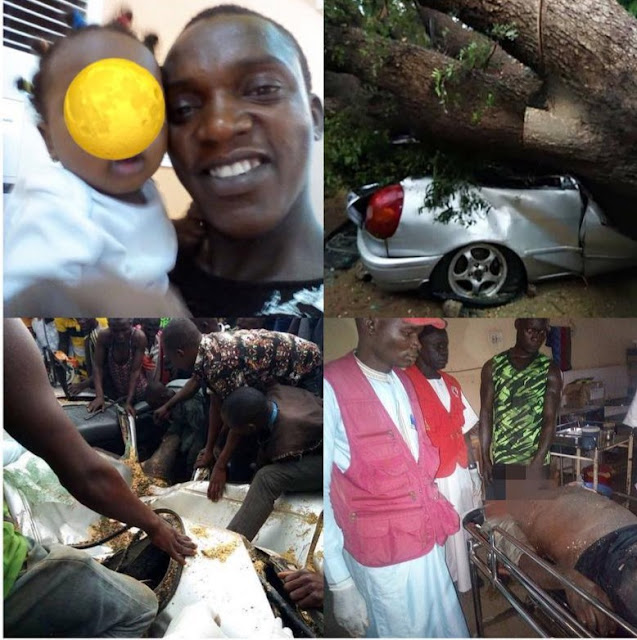