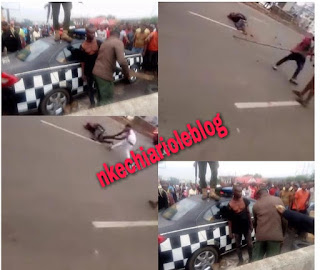 In imo state today, A man battling mental health issues was rescued from a lynch mob after stabbing a lady to death for a yet to be known reason.
The incident happened at Douglas market in Owerri city. He was, in the other hand, subsequently nabbed and was about to be set ablaze by angry mob when the police moved in and set him free.
Check this:  Understanding the Process and When to Hire a Lawyer