The National Industrial Court of Nigeria has ordered the organised labour, comprising the Nigerian Labour Congress and the Trade Union Congress not to embark on its indefinite strike scheduled to commence on November 6.

Justice Sanusi Kado, on Friday, gave the order in a ruling on an ex parte application moved on behalf of the FG by the Solicitor-General of the Federation and Permanent Secretary, Federal Ministry of Justice, Mr. Dayo Apata.

Agreeing with Apata, Justice Kado ruled that if the strike is allowed it would lead to huge economic loss and could jeopardise the health of many Nigerians who would not be able to access health facilities during the period.

The organised labour had threatened to commence an indefinite strike action to press for the increase in the national minimum wage from the current N18,000.

The last meeting of the tripartite negotiation committee on the minimum wage had ended in deadlock after the FG insisted that it could only afford to pay N25,000, while the governors under the aegis of the Nigerian Governors’ Forum had held on to N22,500 and the labour N30,000. 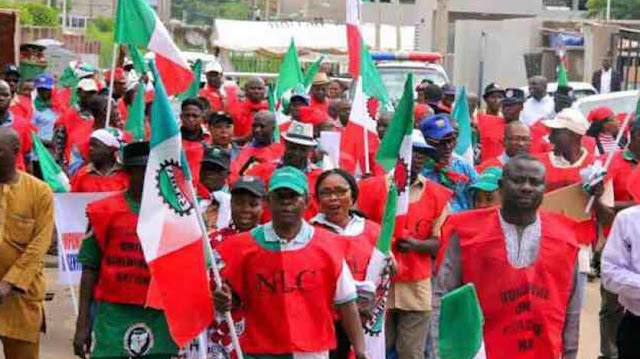 Check this:  Breaking News: Rivers Community Lament Over The Activities Of Land Grabbers