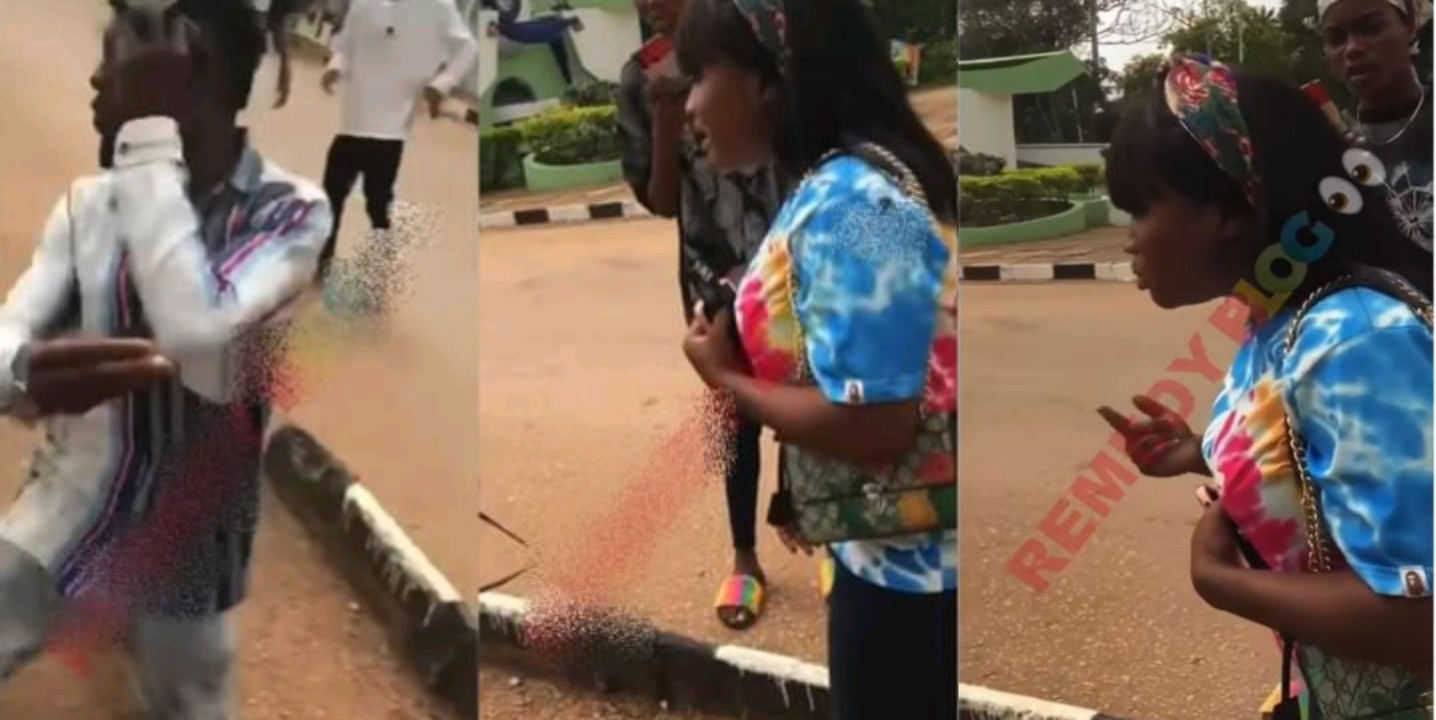 Video footage captures the moment a lady landed a very hot slap on a young man who tried to propose to her.
According to Remedy blog, the incident took place at Ambrose Ali University, Ekpoma Edo State.
The dude could be seen on his knees with a ring in his hand hoping to get a positive response but was unarguably surprised when violence prevailed instead.
The lady who wasn’t moved by the chants of excitement coming from the crowd went ahead to throw some rhetorical questions at the lad and the climax of it all was when she forcefully hit his cheek with her palm.
Watch the video below.