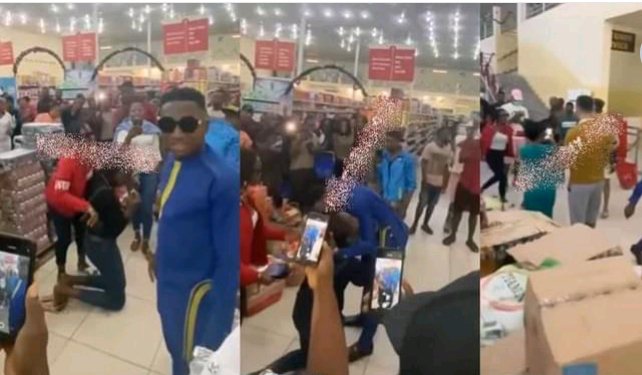 Viral video footage captures the moment a man angrily walked out on his girlfriend who proposed to him at a shopping mall in Anambra State. 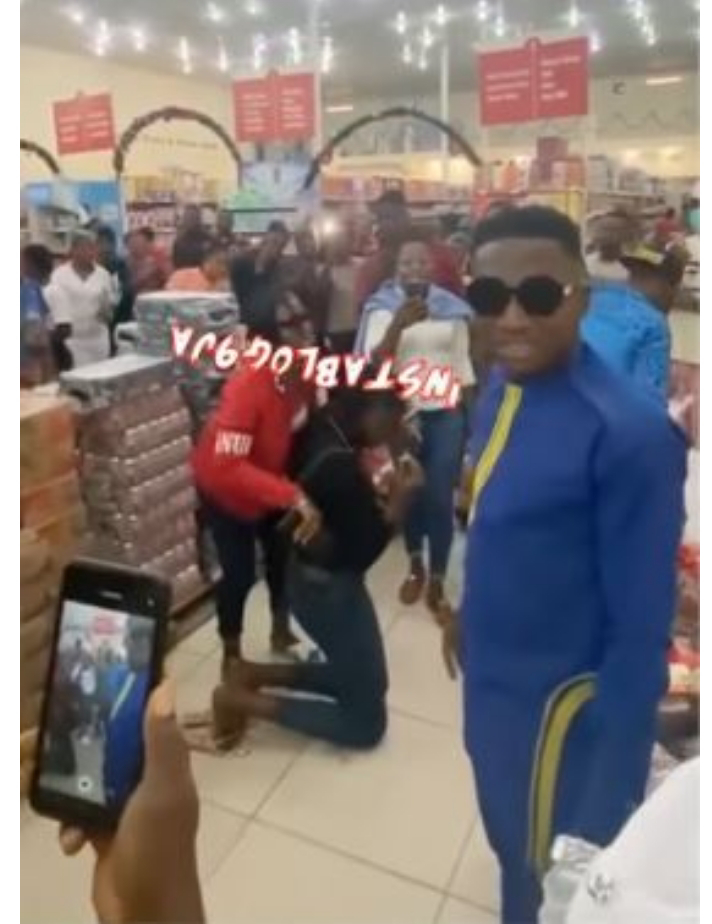 According to the report, the incident took place at the capital city of the South-Eastern state, Awka.
The lady is said to have been in a romantic relationship with the man for 3 years and seems tired of moving about without an emblem of commitment, hence the romantic display that went wrong. 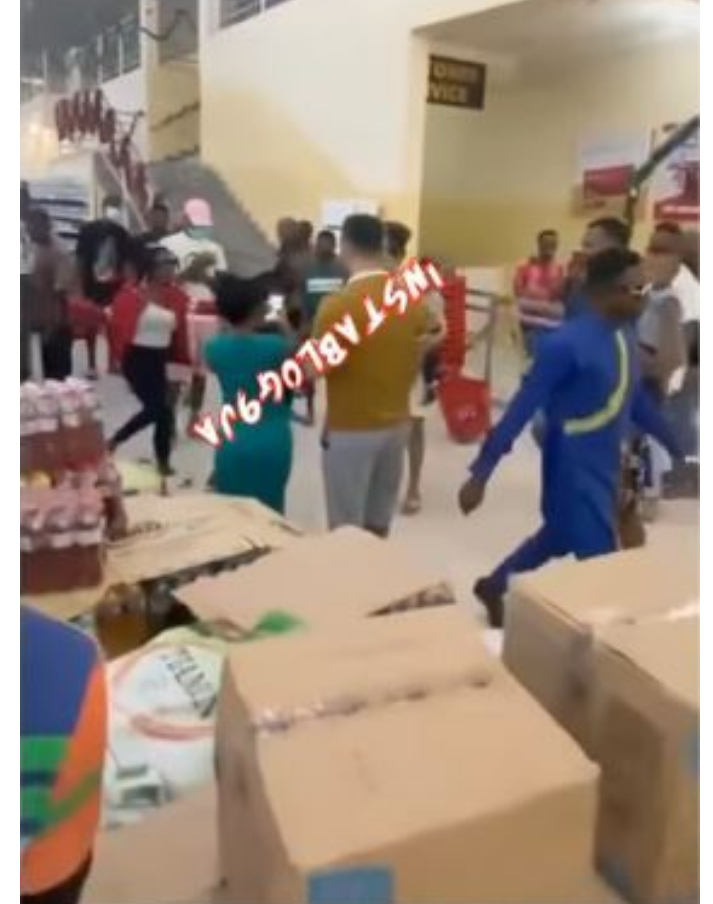 In the clip, the young lady could be seen on her knees hoping to get a positive response from her man, but her man fumed at the scenario while expressing himself in Igbo dialect.
“Others stay up to five years,” he said in Igbo.
Despite pleas coming from other customers at the mall for him to accept the ring from the lady, the man walked out angrily leaving his girl on her knees.
Watch the video below: