Jephath Ighodaro, the 37-year-old founder of an NGO, has been arrested for allegedly raping his 4-year-old twin sons.
.
.
Punchng reports that Ighodaro was arrested in the Aguda, Surulere, by the police and some officials of the Lagos State Office of the Public Defender.
.
.
It was further allegedly that Ighodaro brings his male friends to the house, who also sodomise the twin brothers. Their mom was said to have become suspicious after the boys fondled her breasts in an adult way.
.
.
Her suspicion turned to alarm when she caught the twins attempting to make love to each other, adding that when she queried them, they said their father had been doing the same thing to them.
.
.
A source was quoted as saying: “The woman and the suspect got married over four years ago. The woman came from a family that is not well to do, while the man came from a rich family.
.
.
The woman said throughout their marriage, the man only made love to her about six times. The woman suspected that something was wrong with him as he abandoned her sexually. She said she could not cry out because she was afraid. .
.
She raised the issue with the suspect’s sister who lives abroad and she dismissed it. The man’s family asked her to keep quiet. She lived with the husband in a flat in their family house.” .
.
The children were taken to the Mirabel Medical Centre, Lagos State University Teaching Hospital, Ikeja, where tests reportedly showed that they had forceful penetration in their anuses.

For our daily news update visit our WhatsApp group here
.
A police source said the victims gesticulated how the act was performed by their father when they were interviewed. The Director of the OPD, Mrs Olayinka Adeyemi, said the government would pursue the case to a logical end.
.
.
She said, “While we were interviewing the children, they went to the toilet about three times; we are afraid that their bladders may have been affected. We have asked that further tests be conducted on them.
.
.
We also discovered that he has an NGO that claims to be empowering youths. And the NGO has a lot of youths. It may be a scam through which young and innocent boys are being lured.” 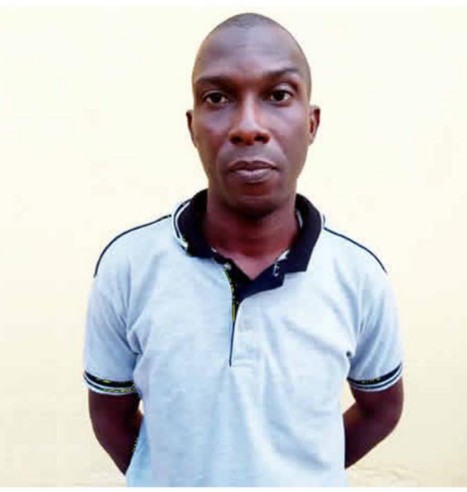