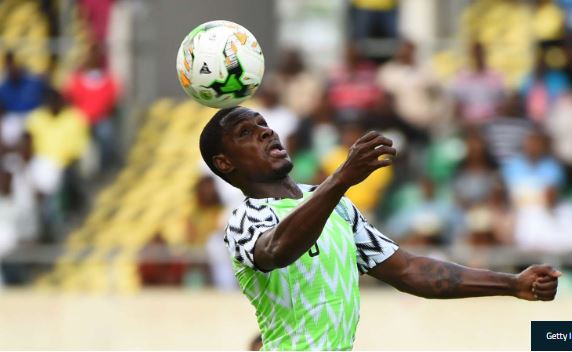 Nigeria defeated Seychelles 3-1 at the Stephen Keshi Stadium on Friday to end their 2019 Africa Cup of Nations qualifiers on a high.

Odion Ighalo opened the scoring from the penalty spot, before Rody Melanie – against all odds and all thanks to a Francis Uzoho howler – levelled for the Pirates to end the first half in a stalemate. Goals from Henry Onyekuru and substitute Moses Simon won the game for the Super Eagles, who were unconvincing at times in the dead rubber game.

Meanwhile, Nigerians are not holding back their frustrations after goalkeeper Francis Uzoho’s misjudged movement cost Nigeria an equaliser against Seychelles in their final 2019 Africa Cup of Nations qualifiers.

Odion Ighalo had put Gernot Rohr’s side ahead from the penalty spot in the 35th minute but the visitors levelled proceedings at the Stephen Keshi Stadium following a howler from the Anorthosis goalkeeper six minutes later.📷tori.ng

Check this:  Video: Two boys from Aba Abia state lured and killed a lady, via Facebook.