Phnom Penh Municipal Court, last week, jailed a Nigerian man for life and his accomplice to 30 years for trafficking more than a kilo of cocaine from Colombia to Cambodia.

They were also fined $17,500 each. Presiding Judge Seng Rithy identified the two as Okoro Chukwuka Boniface, 28, who was convicted for drug transport and trafficking, and Frank Obiora Dozie, 34, who was his accomplice.

Judge Rithy said the duo were arrested on July 13, 2017, adding that after their arrests, police seized a total of 189 packs of cocaine weighing 1.1 kilos, which were hidden in a box of fake jewellery couriered from Colombia to by DHL.

Boniface, who was jailed for life, admitted his guilt during his trial earlier this month. “The drugs seized belonged to me. I imported them from Colombia. I was hired to do so for $15,000,” he said. .

“The drugs were to be transported to Thailand, but they were found and seized by the Cambodian police.” Dozie pleaded innocence during the trial, saying he knew Boniface but was not aware of his activities.

He added that he was arrested merely because he was staying with Boniface when police raided his rental house in Chom Chao commune. Outside the courtroom yesterday following his sentencing, Dozie said he plans to file an appeal.

Check this:  Osinbajo's helicopter crash is a final warning from the living God - FFK

“It is a great injustice,” he said. “I do not accept the judgement because I did not know about the drugs and was not involved in the trafficking. I will file an appeal.” 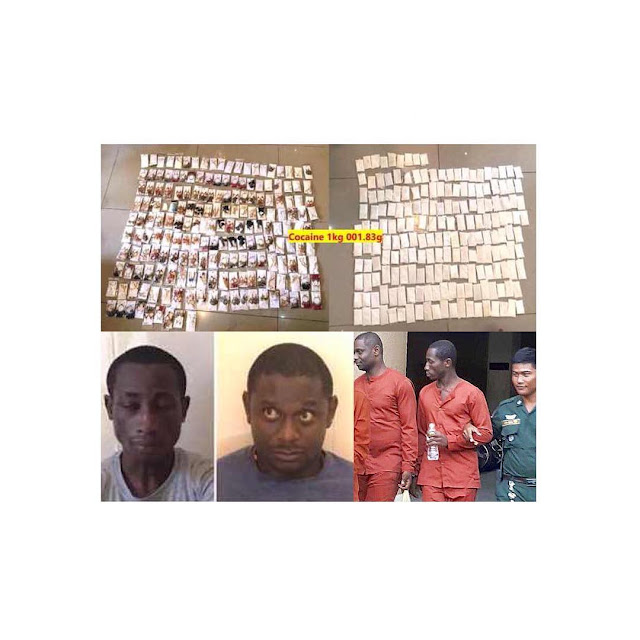