The Malaysian immigration police have been accused of killing a Nigerian man at Venicehil condo in Cheras.
According to reports, the police had raided the condo housing some Nigerian students, at about 2a.m on August, 28, 2018, to check the validity of their documents.
Watch video here
It was gathered that the visa of the deceased identified as Paul, had expired and was under processing for renewal at the time of the raid. .
The police allegedly met him at the lobby and other residents said they heard him shouting. The shout stopped after sometime, only for them to discover his dead body in the morning with some bruises on his face. 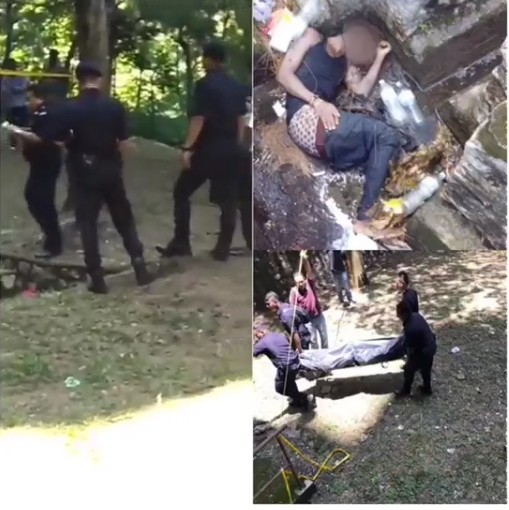 Check this:  Graphics: Couple and kid survives as car runs off the road and flip into drainage in Anambra state.