Chris Ngige, minister of labour, says Nigerians ought to be clapping for the government of Buhari on a daily basis, as nobody could have performed better.

According to Thecable, Ngige said this when he met with journalists in Onitsha, Anambra state, on Sunday.

The minister said the situation of the country could have been worse if Buhari had not been elected in 2015. He said the APC met the country in “tatters” when it took over from PDP.

“I want you to take something away and that thing is that any other person handling this situation; economy, security, it would have been worse,” he said.

“We are wonderful with the economy; nobody, I mean no person would have done better than this present government in those two areas.

We came in and oil nosedived to 37 dollars a barrel with a production of 600,000 per day, a drop from 2.2 million and yet we managed the economy out of recession.

Nigerians should be clapping for us on daily basis, and after thanking God, they should thank us. Yes, because God has used Buhari and some of us to make Nigeria work.”

The minister said the Buhari-led administration had created over eight million jobs through agriculture and allied industries, adding that previous governments had depended on oil money and failed to diversify the economy.

“We’ve encouraged people and said there is dignity in labour with the hand. Today, we are second to America in world production of sorghum; today, we are importing about 4% of the rice needs of the country,” he said.

“Prior to that, this country was spending $5m daily on rice and about $1.8b annually on rice importation. And you don’t want to clap for us!” 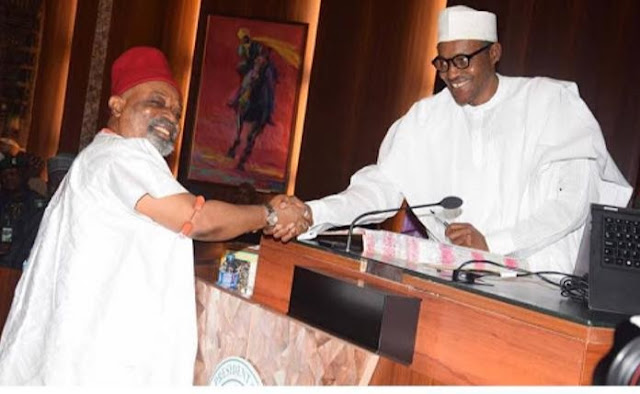